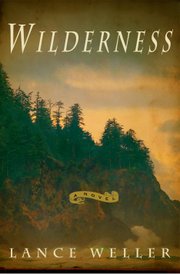 The scars of the Civil War on America remain 150 years later. The South, self-mutilated by slavery and a generation of dead men, has never recovered its prosperity, and race is still divisive, albeit somewhat driven underground.

In "Wilderness" (Bloomsbury USA, 2012, $25), Lance Weller peels the damage down to one man's scarred bones, exposing the injuries human savagery inflict. Ultimately riveting, the book starts slowly, in Jane Dao-ming Poole's confused, old-woman's dream in 1965. Before we meet her again, we learn the story of Abel Truman, the man who saved Poole in the Olympic Mountains in 1899.

The book weaves between the 1864 battle of The Wilderness--where some 11,000 men died over three days--and Truman's journey in 1899. The deaths of his wife and daughter have driven Truman, a Pennsylvanian, to North Carolina by the start of the war. Caught by circumstance and war fever, he fights on the losing side of the conflict.

More than three decades later, he is a hermit living on the shores of the Pacific in Washington State. Old and sick, with an arm shattered in his last battle, Truman and his dog set out for home.

Weller's vivid and gritty descriptions of battle and his many finely drawn characters serve to pull readers inexorably to the last page. Be forewarned: It's often tough, gut-wrenching stuff. It's also a great dog story. "You better not be grinning," he tells the mutt at one point. "I ain't yet figured out how you talk me into this sh*t."

Comparisons to Charles Frazier's 1997 "Cold Mountain" are inevitable, but this may be the better book.