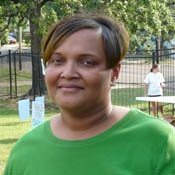 When Monica Cannon sees things in schools that could be better, she doesn't sit around and complain. Instead, she brainstorms solutions, speaks up and gets people to work together to make changes.

Cannon, whose daughter, Miya, is an 11th-grader at Jim Hill High School, is part of the newly formed nonprofit Mississippi Campaign for Teen Pregnancy Prevention. She is also on a steering committee for Jackson Public Schools that is researching whether to recommend that the district adopt an abstinence-only or abstinence-plus sex-education policy.

Last year, the state Legislature passed a law that requires each school district to adopt a sex-education policy by the end of June and to implement it next year. JPS has not yet adopted a policy.

Cannon said the committee is still collecting information, including parent surveys, presentations from other groups and research on how different demographic groups respond to sex-ed policies. She expects the committee to make a recommendation for policy at the May 1 JPS board meeting.

Cannon said regardless of which policy JPS eventually adopts, she and others with the Campaign for Teen Pregnancy Prevention will try to supplement and reinforce what schools are teaching.

"We're kind of watching and waiting--just kind of keeping our eye on them," she said. "... We really focus on abstinence-plus. We want to highlight not only the abstinence message, as far as refraining (from sex); we want to share the research-based information we feel that teens need." That includes information about contraceptives, she added.

If the district chooses an abstinence-plus curriculum, Cannon said other community groups should make sure their message reinforces what students are learning in schools. If JPS adopts an abstinence-only curriculum, she wants to see the community offering more information about contraceptives that might not be covered in class, in addition to encouraging abstinence.

Sex-education policy is not Cannon's only avenue for improving schools. Last week, she and a group of other JPS parents asked the school board to bring in more candidates for the superintendent post. They said the next superintendent should have a proven record of turning around struggling districts, and they are not sure that the board's two candidates have that record.

Last December, the search firm hired to help JPS find a new superintendent said they hoped to identify the district's next superintendent by the middle of this month. Interim Superintendent Jayne Sargent's contract expires in July.

Great Work and Cudos to Ms. Cannon for all she does for the Children of JPS. I wonder, though, where are they going to find this person who has a "proven track record" for turning struggling districts around? Very few districts the size and demographics of JPS are ever "turned around" for sustained periods of time. It not simply a school district isssue, but a commnity development issue. The Brookings Institute recently published an article that shows the connection between property values and test score performance of schools. Unfortunately, until we as a community are resolute in eradicating poverty and segregation, there will always be "struggling" school districts. They are simply symptomatic, and in many estimations "a necessary evil", of having residentially segregated communities.

Which came first, the chicken or the egg? That's what we are faced with, we can't afford to let the schools follow the demise of our communities. But rather we need a superintendent that understands that he or she will need to work really hard to create safe havens of learning, while working side by side with city and community officials and churches to create a "whole Jackson". Jackson is a good place to live with good people that live here.

Good point 833Maple, But my point is that the school and the community are not separate entities. The community can’t be dysfunctional and the school is great, at least that is not what data shows us. Even in the Harlem Children’s Zone (the school system that is praised in the movie Waiting for Superman ), with all of the private investment, social services and interventions, the issues of concentrated poverty are such that even to have test score on par with less concentrated and segregated communities, the investment would be prohibitive, and the results gauged by standardized tests are minimal, and definitely not worth the public investment. Read this New York Times article for more insight into the challenges the HCZ face. Now, can the education the children receive help them to rise out of poverty? Most definitely and that notion should be championed. The question is, can that education be had in the context of such a hyper segregated, high poverty environment? There is very scant evidence, research, or models that show how this can work, short of community reforms. The instruction and leadership in schools can and must improve, and that will help. But that alone will not solve the educational crisis in urban communities. We have to consciously question the morality of residential segregation and the resulting concentration of poverty if we seek true educational reform and hope to truly provide world class educational experiences for all children.

I definitely get you point and I agree, we have to look at things as a whole, and each effects the other. Many of our kids are coming out of challenging home environments and they require different strategies to help them to succeed. But we can't have any excuses where our schools are concerned.