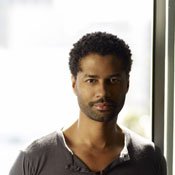 I was nearly 20 years old when I first heard a song by Eric Benét. I still remember singing to the tune of the popular duo song by Benét and Tamia—R&B beauty and superstar—titled "Spend My Life with You." It was No. 1 on the U.S. Billboard R&B charts for three weeks in 1999.

I have always enjoyed R&B, but Benét's style, with its neo-soul feel, is unique. It's like he has created his own genre—more rhythm & smooth than rhythm & Blues.

Benét grew up in Milwaukee, Wis., the youngest of five children. In the 1980s, Benét, his sister Lisa and his cousin George Nash, Jr. Formed a band called Benét.

Eric Benét went solo in 1994, signing with Warner Bros. Records. He released his debut solo album, "True to Myself," in 1996. "Spend My Life with You" was on his sophomore release, "A Day in the Life." The Benét/Tamia duet proved to be a hit. The song was certified gold and nominated for a Grammy in 2000 for "Best R&B Performance by a Duo or Group."

In 2001, Benét signed with a new record label, Friday Records, and in 2005 he released his third studio album, featuring the hit, "I Wanna Be Loved."

Benét was married to actress and 2002 Oscar winner Halle Berry from 2001 to 2005. Benét's divorce did not stop him from producing good music. He released his fourth album, "Love and Life," in 2008, and was nominated for a 2009 Grammy Award for Best R&B Male Performance.

The singer has a new wife, Manuela Testolini, new baby, Lucia Bella, and a new label: Jordan House Records. He also has a new album, "The One," featuring Lil Wayne, a duet with his 21-year-old daughter, India, and a lullaby dedicated to his youngest daughter.

I will never forget the smooth sounds of the love ballads Benét sings. He just loves everything about "the woman" from her "chocolate legs" to natural hair.