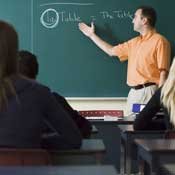 Jackson's public school performance for 2011 is a mixed bag of successes and failures, according to new data from Mississippi Department of Education. While five Jackson public schools rate as star schools, the district's graduation rate fell to 63.6 percent from 68.6 percent in 2010.

The district as a whole is on academic watch, the middle level on the performance scale, as it was last year.

Nancy Loome, executive director of The Parents' Campaign, said while Mississippi schools are making progress, but they still have a long way to go. She said the state as a whole has more star schools and star districts than they have ever had under this rating system.

She also said more than half of the schools in the state are rated successful or better, and that's good news.

Loome said the assessments are designed to measure students' mastery of concepts required by state standards, and they give a good picture of what is going on in schools.

The school performance labels also factor in whether students have made a year's worth of progress. Loome said it is a fair system that asks teachers to provide students with one academic year's worth of growth, regardless of whether a particular class is behind where it should be or is already doing well.

Loome said parents can help schools grow children academically. Typically districts with high-performing schools have a high level of parent involvement, Loome said, where parents communicate with teachers, check on homework, make sure their children are studying for tests and create an expectation within the home that education is going to be a top priority.

"Where you have parents who buy into that, you have a culture of learning in those communities where you make it at least somewhat easier for teachers to make sure students see that academic growth," Loome said.

The state Board of Education must approve the performance labels before they become official. JPS officials declined to comment before the state board votes to approve the results on Friday.

CORRECTION: In an early version of this story, we said the district's dropout rate had fallen. We corrected this to say the graduation rate fell to 63.6 percent. We apologize for any confusion.