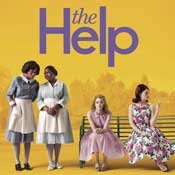 Much has been written lately about the friendship between Jackson natives Kathryn Stockett and Tate Taylor, the author and director, respectively, of "The Help." But a third Jackson native served as producer of the hit movie. Brunson Green, 43, will talk about the journey from best-selling novel to No. 1 movie when he speaks at Millsaps College at 7 p.m. Sept. 13.

Green recently spoke to the Jackson Free Press about taking the beloved but controversial story about African American maids in 1960s Jackson from page to screen.

How did you get your start in films?
After completing an economics degree in the middle of a recession, and no job offer, I had the opportunity to try my hand at working in the entertainment industry as an intern in Austin, Texas, which was starting to become an independent-film mecca. With the recommendation of fellow Jacksonian John Gibson, I was able to secure a job in the props department on a western filmed on Willie Nelson's ranch. Over the following 10 years, I worked in various departments trying to learn how films are made, and in the process, I learned an efficient way to produce films. While working freelance, I would produce short films with my friends in Austin. I was working as an assistant director on MTV's "Austin Stories," when a fellow crew member recommended me to director Jeff Janger to co-produce his feature "Fools Gold" (1998) which premiered at Sundance. That was my first feature as a producer.

How did you meet Kathryn Stockett and Tate Taylor and become part of "The Help"?
In that typical southern tradition, Tate and I had a mutual friend, Mary Preston Hays Dubberly, who wanted to introduce us, since Tate was interested in working in the film industry, and I already was. So, she invited us both to the Medgar Evers Homecoming Blues Festival (1994), and we hit it off. I advised him to work on "A Time to Kill," which was where he really launched his career, and also met Octavia Spencer, who plays Minny in "The Help." I then moved out to L.A., and Octavia and Tate moved out to L.A. a few months after that. I even convinced Tate to lug my mother's rug out to L.A. for me. We all hung out most of the time and basically grew into adults in Los Angeles. Of course, Tate had known Kathryn since they were 5, and while I grew up only a couple of streets away, I didn't meet them until later.

The movie is racially charged, and the story is somewhat controversial. Did that make you hesitant to tackle it?
Even though the novel is complete fiction, it uses Mississippi's racially charged environment of the '60s as a backdrop for this story about the struggles the characters are going through. It's a difficult period to revisit for a lot of people, but it provides a striking canvas to tell the story about these specific characters and allows folks to reflect, see and discuss how far we've come over the past 50 years, and how much further we need to go toward complete equality.

I've been spreading the word to other filmmakers in Austin and Los Angeles to come scout in Mississippi. If I have a project that's appropriate to shoot in the state, I'm there.

Anything else you want to add?
I'd love for guys to give the film a chance. Though the majority of the cast are women, it's not a "chick flick." It's an engaging story that will transport you to another time, suck you in and take you on a great, emotional ride. Haven't you seen enough fake robots flying around all summer?

The Millsaps Arts and Lecture Series presents "The Help: Movie-Making in Mississippi" 7 p.m. Tuesday, Sept. 13, in the Ford Academic Complex Recital Hall. Brunson Green will talk about the trip from the book to the screen. Tickets are $10. Call 601-974-1130.