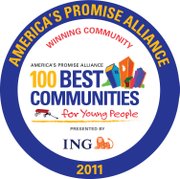 What if there was a way to stop people from committing crimes before they started? Fight Crime: Invest in Kids is a nonprofit organization that advocates for quality education and after-school programs as the best way to prevent crime and violence. In 2008, the group conducted a study that found high-school dropouts are more than eight times as likely as graduates to be incarcerated. The study also found that if America could raise the male graduation rate by 10 percent, the country could save almost $10 billion in crime costs each year.

The study found, on a national level:
• At state prisons in the U.S., 68 percent of inmates do not have a high-school diploma.
• Participating in high-quality pre-kindergarten increases high-school graduation rates by as much as 44 percent.
• If America could raise male graduation rates by 10 percent, the country would save almost $10 billion in reduced crime costs each year.
• That 10 percent could also prevent over 3,400 murders and 172,000 aggravated assaults each year.

Making Process
Jackson learned this month that Colin Powell's America's Promise has named it one of the 100 Best Communities for Young People due to local progress fulfilling the group's key promises to young people.

Your Presence Matters
Want to help a community turn around dropout rates and teen pregnancy? Then move back and help "tip" the community toward success. A 1991 study by University of Illinois sociologist Jonathan Crane, made famous in Malcolm Gladwell's "Tipping Point," proved that a neighborhood needs a high density of "high status" professional and successful residents to keep young people on the right track. When "high-status" residents drop below 5 percent, he found, teen pregnancy, dropouts and similar issues exploded. Young people need to see what success looks like—especially in people who look like them and from their neighborhoods.

Businesses v. Dropouts
America's Promise Alliance suggests that businesses and professional groups get involved in the dropout effort by:
• Participating in national advocacy events such as National Mentoring Month (January), National Foster Care Month (May), Lights on Afterschool (October).
• Supporting a youth-serving nonprofit, adopt a neighborhood school or make a donation to America's Promise Alliance or other group. Connect employees with volunteer opportunities.
• Establishing a workplace mentoring program at your office. Provide internship, externship, apprenticeship, and job shadowing opportunities.
• Participating in a career fair and other career exploration programs.
• Hosting an industry field trip at your company and give students an inside tour.
• Running a book or supplies drive for a school or library.

Holistic Healing
Visit: http://www.operationshoestring.org
"By teaching children and inspiring families, Operation Shoestring ensures we all rise together."
Operation Shoestring focuses on holistic healing for the Midtown Lanier feeder pattern, putting a special emphasis on educating youth and helping families lift themselves up. In addition to working closely with educators in Jackson Public Schools, it provides direct outreach to children in after-school and summer camp programs through tutoring, athletics and the arts. Operation Shoestring has outlined its efforts to ameliorate specific issues in Jackson as seen here; if you want to help reverse crime in Jackson, pick one and get started changing it:

• Ongoing relationships with caring adults, even if it's not their own families.
• Safe places with structured activities during non-school hours.
• Healthy start and future, including accessible and affordable health services; good nutrition.
• Marketable skills through effective education, including analytical skills, workplace etiquette and know how to use new technology. • Opportunities to give back through community service.

A key focus of America's Promise Alliance is stopping dropouts, and it offers these ways that every American can help:
• Write an op-ed, letter to the editor, or letter to local media about education needs in Jackson.
• Become familiar with political candidates' education initiatives and vote accordingly.
• Draw attention to dropout problems through networks (e.g. church groups, book clubs, neighborhood associations). Pass out relevant reports and current articles (like this page).
• Make a donation to support a school, library initiative or youth-focused nonprofit, such as http://www.DonorsChoose.org, America's Promise or one of the local groups on page 28 of this issue. Give books to http://www.FirstBook.org, Reading Is Fundamental, Reach out and Read or another early reading program. Get involved with Parents for Public Schools (http://www.ppsjackson.org) or Operation Shoestring (http://www.operationshoestring.org).
• Volunteer to mentor, tutor, read with, support or coach a young person.
• Develop formal leadership structures that engage young people in decision-making for your organization.
• Host health, safety and well-being presentations for students and their families. Encourage young people to have an annual check-up.

Official announcement on America's Promise naming Jackson one of the 100 best communities for young people that we reported back in the Crime GOOD Ideas issue (above): MEDIA ALERT United Way and Operation Shoestring will host a press conference to announce that Jackson has been named a Grad Nation Community by America’s Promise Alliance and one of "100 Best Communities for Young People" presented by ING. Mayor Harvey Johnson, Jr. and other officials will be in attendance. Tuesday, December 6, 2011 10:00 a.m. Old Capitol Rotunda