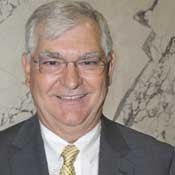 The Mississippi Board of Education and Superintendent Tom Burnham say schools need $300 million more in the 2013 budget, in part because they are not fully funded for 2012.

The Mississippi Department of Education says it needs a 13-percent funding increase in 2013, but most of the increase includes funding that the department was legally entitled to in previous years, but did not get.

On Sept. 22, the state Board of Education presented its budget request for fiscal year 2013, which begins July 1, 2012, to the Joint Legislative Budget Committee. The board is asking for a $300 million increase, but most of that--about $250 million--will go to fully funding the Mississippi Adequate Education Program. Although law requires the Legislature to fund the program, it rarely does.

Many of the board's budget requests for 2013 are similar to the ones they made this year. The 2011 budget left MAEP underfunded by $243 million. The board asked for a 12-percent funding increase for 2012, but did not get it. In 2012, the Legislature underfunded MAEP by $237 million.

Nancy Loome, executive director of The Parents' Campaign, said fully funding MAEP is a big hill to climb, and she does not think it is likely that the Legislature will close the gap between current and full funding in the next legislative session. She sees hopeful signs, however, in responses her organization has collected from candidates who say they will make giving schools more money a priority.

"For the last several years, K-12 (education) has taken a larger cut percentage-wise than the state budget in general," Loome said. If legislators recognize how much education funding has been cut, maybe they will make funding it more of a priority, she added.

"K-12 has done far more than its share of belt tightening," she said.

Each year, the state budget should, by law, allocate $20 million for a school building fund and about $18 million from sales taxes for teachers to buy classroom supplies. Loome said that since before the current recession hit, the Legislature has transferred that money to help fund MAEP. The Board of Education has asked the Legislature to restore that money for 2013 instead of using it to fund MAEP.

The standards should help put Mississippi's education on par with the rest of the country. Schools are already starting to phase in the standards, which should be  in place in all grades by the 2014-2015 school year.

Mississippi also needs a "superintendents academy," the board says, to provide training for aspiring superintendents. The budget request includes $2.5 million to start one.

The board is asking the Legislature to make early childhood education a priority, citing concerns that the state does not have a comprehensive effort to develop and implement a program. The budget request says that about one-third of students begin kindergarten without the necessary skills. Some research has shown that pre-kindergarten education is especially helpful for low-income children, who are more likely to come to school with smaller vocabularies than their peers.
Although some entities and schools have pre-kindergarten programs, the board says Mississippi needs a statewide approach. Another of the board's priorities for the next legislative session is moving from elected superintendents to appointed ones. Mississippi is one of only three states that allow school districts to elect superintendents, according to the board's budget request.