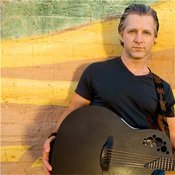 Country music songwriter and singer Jeff Maddox has a single that's getting airplay across the United States and overseas, but so far he hasn't heard his song on radio stations at home. Maddox, 42, grew up in Pearl and lives there still, writing music and recording albums.

His single, "Take it From Me," is a re-release of a song he recorded in 2009. In another one of his singles, "You Call it Country," Maddox shares his feelings about the state of country music:

With two albums under his belt, Maddox is working on new projects with Nashville-based recording company, Platinum Plus. That could include, eventually, making music videos. "Music is so visual now, so that's in the plans," he told the Jackson Free Press this morning.

What's not in his immediate future is moving to Nashville. He's wondered if he should at some points during the past 10 years of making music, but he's able to conduct business over the phone, write songs and practice playing at his home in Pearl, where he lives with his wife, Renee, and two sons: Aden, 12, and Riley, 9.

He still has his day job as a physical therapist who visits nursing homes. "It's been good to me," he said. But he does see a day when his music career is a full-time endeavor.

Maddox also plays live gigs, like the one planned for this Saturday at Kathryn's Steakhouse (6800 Old Canton Road, Suite 108, Ridgeland; 601-956-2803). "It's totally different animals, performing live and recording," he said. "But songwriting is my true love."

Both American Songwriter and Country Music Weekly magazines have featured Maddox and his work. He's hoping now to get noticed with more airplay. To hear his songs or to find information on how to purchase his previous albums, visit http://www.jeffmaddoxmusic.com.