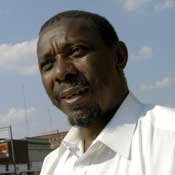 The U.S. Department of Justice charged Ike Brown, chairman of the Democratic Party in Noxubee County, with violating white voters' rights under the Voting Rights Act.

In 2005, Noxubee County Democratic Executive Committee Chairman Ike Brown decided to go the extra—and illegal—mile to get votes for African American candidates, according to court records.

Brown and others intervened at several steps in the election process, from encouraging unqualified candidates to run to poll workers improperly marking ballots to abusing the absentee ballot process. In one case, footnoted at the bottom of a page in the court's opinion, one person testifies that Brown advised a young woman outside a polling place to "go in there and vote, to use any name, and that no one was going to say anything."

U.S. District Judge Tom S. Lee ruled that Brown had illegally discriminated against white voters. The judge's opinion records a laundry list of improper or fraudulent activities that Brown and the committee designed to manipulate the political process in favor of African American candidates. The case marked the first time that the courts applied the Voting Rights Act—a key piece of civil-rights legislation from 1965—to a black man for disenfranchising white voters.

Brown's actions have made him the poster child for voter-ID supporters in Mississippi.

Some say requiring voters to provide identification is a painless step that will keep unsavory characters, like Brown, from voting under the names of those who should be resting peacefully in a cemetery.

Others say that, at best, voter ID is a solution looking for a problem, and at worst it is a discriminatory practice that raises the specter of recently deceased Jim Crow.

This year's Mississippi ballot will ask voters to decide the issue instead of elected officials. Initiative 27 will ask voters, "Should the Mississippi Constitution be amended to require a person to submit government issued photo identification in order to vote?"

The measure is part of a nationwide trend toward stricter identification laws at polling places. But despite voter ID proponents' assurances that requiring photo identification will safeguard the integrity of the sacred act of voting, there is little evidence of widespread impersonation at the polls that voter ID would prevent.

A Nationwide Trend
Mississippi's law, if it passes, will be what the National Conference of State Legislatures categorizes as a strict photo ID law. That means voters must show a photo ID to vote on Election Day, but voters may cast a provisional ballot and return to election officials after the election and show a photo ID for their ballot to be counted—a requirement that can seem daunting considering the disarray that already tends to follow close elections.

Georgia and Indiana are the only states with strict photo ID laws in effect, although five more states passed strict photo ID laws this year, set to go into effect before the 2012 elections. Two of those states—South Carolina and Texas—must get U.S. Department of Justice approval under the Voting Rights Act before they can implement their new laws. The Department approved Georgia's law in 2005, but South Carolina and Texas are still awaiting approval.

Section 5 of the Voting Rights Act requires certain states with a history of keeping minorities from voting to get approval from the Justice Department before changing their voting laws. Mississippi's history of obstructing African Americans from voting using devices such as literacy tests, poll taxes, violence and other tactics, means DOJ will have to approve Initiative 27 before it could take effect.

The Justice Department's scrutiny of voting laws points to the loudest controversy surrounding voter identification. While its proponents laud voter ID as essential for preserving the democratic process, opponents claim it is an effort to discourage African Americans and other minorities from voting—especially those old enough to remember Jim Crow-era tactics such as poll taxes.

Rep. Kelvin Buck, D-Holly Springs, is vice president of the Mississippi conference of the NAACP. The NAACP is opposed to the voter-identification measure, he said, adding that the initiative will not address common voting problems such as absentee ballot fraud, mistakes by poll workers and officials using questionable tactics to get elected.

"We think that it is more a strategy to suppress voters than it is an answer to the problems related to elections," he said.

Although many conservatives are promoting the measure, Buck said voter ID flies in the face of conservative ideology that usually promotes fewer regulations and reduced government spending.

"You are over-regulating the most fundamental right in our country—that is, the right to vote," he said, adding that making sure everyone has an acceptable ID is an added, recurring cost for states.

Buck said there is a difference in how younger people view voting and Mississippi's Jim Crow history compared to older African Americans. "I don't think (younger people) have a connection with it," he said. "... I think they operate in a different kind of world."

Even though Mississippi's voter-identification initiative mandates funding to provide identification for people who do not already have one and cannot afford it, opponents of voter ID laws say the requirement still imposes a burden because voters may have to pay fees to obtain copies of documents such as birth certificates and other materials needed to get the special ID.

Tennessee recently enacted a law requiring a photo ID to vote and provided funding for registered voters to get free photo IDs if they needed them. One 96-year-old woman was denied a free ID, however, because she did not have her marriage certificate.

Dorothy Cooper, who lives in Chattanooga, Tenn., told the Chattanooga Times Free Press that the state Driver Service Center denied her request for an ID card despite the fact that she had a rent receipt, a copy of her lease, her voter registration card, a Social Security card, a photo ID issued by the Chattanooga police and her birth certificate to prove who she was. The clerk at the Driver Service Center said Cooper could not get an ID card since the names on her birth certificate and her voter registration did not match.

Cooper is registered to vote under her married name, and her birth certificate shows her maiden name, as is to be expected.

When the U.S. Supreme Court upheld Indiana's voter ID law, it said that people who had trouble getting copies of their birth certificates or who faced other obstacles to voting might still successfully challenge the law.

Tennessee officials said that they would work with Cooper to get her an ID, but she could also vote absentee, since the new law did not require an ID for absentee ballots.

Where's the Evidence?
Despite claims that voter ID will protect the integrity of elections, documented cases of in-person voter fraud are relatively scarce. Most voter ID laws do not address absentee voting. If Mississippi's initiative passes, the state Legislature will have to decide how to apply its requirements to the voting process. Fillingane said the initiative will apply to absentee ballots, where most fraud occurs, but the initiative itself does not address absentee voting.

"It would still apply to people who would want to vote absentee; (they would go in person) and show a photo ID in order to get a ballot sent out," he said.

From 2004 to 2007, Attorney General Jim Hood said his office conducted 38 voter-fraud investigations. Almost all of them involved absentee-ballot issues.

Brown's Noxubee County case is perhaps the most high-profile case of voter fraud in the state of Mississippi.

Such cases seem to be rare, however. During former President George W. Bush's time in office, the Department of Justice tried to crack down on voter fraud, The New York Times reported, but turned up virtually no evidence of any organized effort to skew federal elections.

The 2007 article reported that many of the fraud cases the Department of Justice investigated were the result of isolated individuals making honest mistakes, such as misunderstanding eligibility rules or accidentally filling out two registration forms. Officials brought charges against 120 people and convicted 86. More than 30 of those were involved in small vote-buying schemes, in which a candidate paid people to vote for them. A handful of people voted twice.

Voter ID for Mississippi
Voter fraud has been a cause célèbre of the Republican Party nationwide in recent years. Fillingane introduced the initiative after several failed attempts to pass a similar law through the Legislature.

Republican Secretary of State Delbert Hosemann has also pushed for voter ID in Mississippi. During last year's election, however, Hosemann's office received only two reports of people who came to the polls and found out someone had already voted using their name.

In one of the cases, the poll manager had mistakenly marked the wrong name.

In April, a Tunica County jury convicted Sowers on 10 counts of fraudulently casting absentee ballots, the Daily Caller reported—a type of fraud the initiative does not address.

As conservatives campaign on balancing the budget and Mississippi tightens its fiscal belt, the cost of implementing voter ID is another hurdle. Rep. Fillingane initially estimated that providing free voter ID cards to people who do not have them would cost taxpayers a mere $100,000.

The Mississippi Legislative Budget Office put the cost at just under $1.5 million, however, if the state offers its regular ID cards for free instead of designing a new card specifically for voting, as Fillingane has suggested. The Legislature will be responsible for working out the details and funding the initiative should voters pass it in November.

Jim Harper is the director of information policy studies at the CATO Institute, a conservative think tank that promotes limited government. He has written about the push for voter ID across the nation. Harper said his concern is not with individual states experimenting with voter ID policies, but that someday, the federal government also might push for national identification.

"If a state like Mississippi wants to try it, that's fine by me," he said. "Maybe somebody will do some good research and turn up whether in-person ballot fraud drops or not (and other states can follow)."

So far, Harper said his research, like that of others, has not turned up many instances of in-person ballot casting fraud. He said voter ID will continue to be an issue as more races are waged with tighter margins, but even in a tight race, one person casting ballots at different polling places is much less effective than corrupting a computer system or filling out 100 absentee ballots.

"If I were trying to change the results of an election, I wouldn't do in-person ballot fraud, because that's really inefficient," Harper told the Jackson Free Press.

Mississippi has a long and well-documented history of violence and abuse when it comes to the battle of Blacks to gain the right to vote. Black people were harrassed, intimidated, beaten, lost jobs, and KILLED because they simply tried to vote. Even though Leflore county was 2/3'rds Black in 1962 only 250 Blacks were registered to vote. No votes, no Power. There are obvious but thinly disguised motivators behind the call for voter ID in Mississippi. If there is no significant evidence of fraud, then why the push for ID? If you confuse the process and make it more difficult to vote, then certain groups of people will probably stay at home, not vote, and other decidely conservative voting blocs will continue to maintain a hold on political power in not just Mississippi but in America. Call it what you want, but the handwriting is on the wall if this initiative is successful. What's the recall process for UN-AMENDING the Constitution?

On the bright side, Dorothy Cooper finally got her ID: http://www.timesfreepress.com/news/2011/oct/22/id-recipient-gains-national-attention/