The Skinny on Polk 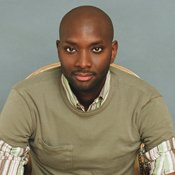 Hattiesburg native Patrik-Ian Polk has wrapped another film and is working on more television shows to add to his credentials. Polk, who is gay, explores issues of race and sexual identity in some of his projects. His work has won national awards and is gaining a more mainstream audience.

"I always had a sense of what I wanted to do," Polk, 38, said in a telephone interview from his home in New York City. "I set my sights on where I needed to go."

Critics call his 2000 film "Punks" a male version of the Whitney Houston hit, "Waiting To Exhale." The film premiered at the Sundance Film Festival in January 2000 as part of its American Spectrum series. It won awards at festivals around the world and opened theatrically in November 2001. It also won a 2002 Independent Spirit Award nominee for best low-budget feature.

After "Punks," Polk created, wrote and directed three seasons of the comedy-drama series "Noah's Arc" for the gay and lesbian-themed LOGO network, beginning in 2005, and the 2010 feature film "Noah's Arc: Jumping the Broom," which tackled the issue of gay marriage. Critics often described "Noah's Arc," a series that followed the adventures of four friends in Los Angeles, as a gay male "Sex and the City."

Polk's next project is the 2012 film, "The Skinny." "It's about a group of friends reuniting after college graduation," Polk said, adding that it is not autobiographical.

"It's already sold to television in July," he said, but could not reveal the network or cable channel where it will air. "It will be in theaters on a small scale."

When he was a kid growing up in Hattiesburg, Polk read "Spike Lee's Gotta Have It: An Inside Look at Guerrilla Filmmaking" (Fireside, 1987, $3.68), a book about the making of Lee's first independent film, "She's Gotta Have It."

"That's the first time I knew what a director does," Polk said. He was 12 or 13 when he read that book. Years later, when Polk made his first indie movie, "Punks," the NAACP Image Awards nominated him for Best Director. Spike Lee was one of his fellow nominees.

He stays in touch with family and friends, who support his movies with gay themes.

"The world continues to evolve, and we're all coming more and more to a place of tolerance and acceptance," he said in a 2009 Hattiesburg American interview.

"I know the black community has a reputation for being more homophobic than other races, but I don't buy that," he said then. "I've never heard of a black person being kicked out of the house for being gay or lesbian. We might be more likely to not discuss the issue, to pretend it doesn't exist. But there is and has always been a kind of quiet, unspoken acceptance of black, gay folks. The only difference now is that gays and lesbians are more visible, more vocal."

He went to grad school in Los Angeles after finishing at the University of Southern Mississippi. After a year, he began to get work on music awards TV programs. That led to a job as a producer's assistant on "Seaquest DSV," a short-lived TV series. He then worked for MTV Films and Edmonds Entertainment (working on the films "Soul Food," and "Hav Plenty") before writing and directing "Punks."

While working as a development executive at MTV Films, Polk helped develop a number of productions, including "Beavis and Butthead Do America" and the Reese Witherspoon dark comedy "Election," an Oscar-nominated film.

"Friendship in the gay community can be more important than friendships in other communities because of the isolation and rejection some gays might receive from their families," Polk said in an interview on newyorkcool.com. "Your friends could very well become a makeshift family of sorts. In 'Noah's Arc,' I wanted to show the dynamics of families of choice for gay black men."

While Polk downplays his ambition, his former USM professor knows better. "Most students do two films during their film study," Scott Dixon McDowell said. "Patrik completed four films." One was about 20 minutes long, roughly twice the length of the average student film. Polk's student films were more ambitious thematically than many of his peers.

After USM, where he is now in the School of Mass Communications' Hall of Fame, Polk attended Brandeis University in Massachusetts. He then studied at the University of Southern California's School of Cinema-Television.

"I always think, at the end of what I hope will be a lengthy career as a filmmaker, if I can look back and say I made a real difference, I changed people's hearts and minds, then it will have all been worth it," Polk said. "As an artist, that's honestly the truest reward."