Eminent Domain: ‘Taking' Too Much? 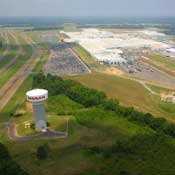 The state tried to take Lonzo Archie's land by eminent domain in 2001 to make way for a Nissan plant in Canton.

In 2001, Nissan was preparing to come to Canton, and Lonzo Archie's home stood in the way of a new factory. The state, eager to bring in the factory's jobs and economic benefits, reasoned that Archie's land was critical enough to the project to exercise its power of eminent domain on behalf of Nissan.

"The lower courts had given the state of Mississippi immediate possession of my home and one acre of my land, and ... seven acres of my father's land," Archie said this week. "At that point, we had 90 days to move. We were counting down."

Archie's family had owned the land for decades, however, and didn't want to sell—especially not at the cut-rate prices governments tend to hand out in eminent domain settlements. Tensions ran even higher because Archie is black, and Mississippi is not known for respecting the property rights of its African American citizens.

Nissan didn't really need Archie's land, but the state wanted to show other companies that it could put together land for other factories if a good enough offer came along.

Instead of packing up, Archie and his family decided to take their fight to a higher court. With help from a civil-liberties law firm and with nationwide attention brought to the fight by the Rev. Jesse Jackson, the state dropped its case, and Nissan built around Archie's property instead.

Initiative 31 would prevent governments that acquire property through eminent domain from selling it to any non-governmental entity for 10 years. The initiative makes exceptions for land taken for building public infrastructure and utilities, flood control with levees, as well as for removing public nuisances and abandoned or uninhabitable property. The state or a developer could still negotiate with property owners, but could not use eminent domain to take land to quickly build projects in hopes of increasing jobs and tax revenue.

Greg Gibson, spokesman for the Mississippi Farm Bureau Federation, said his organization is campaigning for the initiative as a way to get back to using eminent domain for traditional public uses, such as building schools and roads, instead of for commercial economic development. The federation is promoting the initiative as a response to a U.S. Supreme Court decision in 2005, Kelo v. City of New London, which upheld a city's right to condemn and seize private property through eminent domain and transfer it to a private commercial entity to promote economic growth.

New London's land grab for "economic development" didn't turn out the way the city had hoped, however. In 2009, The Wall Street Journal reported that the developments the city promised when it took land by eminent domain—a hotel, offices for pharmaceutical giant Pfizer and high-end condos—never appeared, and Pfizer planned to close its research center in New London—the center for proposed development.

Despite the lack of the promised economic benefits in New London on land taken by eminent domain, the Supreme Court's ruling still stands. Gibson said 43 states have already initiated some kind of eminent-domain reform since the decision.

In the past few years, Mississippi legislators have introduced various bills similar to the initiative, often with the federation's support.

In 2007, the House of Representatives passed a bill to make it more difficult for the state to use eminent domain for private development. The Senate amended and also passed the bill, but it died in conference.

In 2009, both chambers passed another bill to prevent the government from using eminent domain to acquire private property "for retail, office commercial, industrial or residential development; or for enhancement of tax revenue or for transfer to a person."

Gov. Haley Barbour vetoed the bill, saying it "would do more damage to job creation and economic development than any government action since Mississippi rightfully began trying to balance agriculture with industry in 1935," and would prevent large-scale projects like the Nissan plant from locating in Mississippi. The House of Representatives voted to override Barbour's veto, but the Senate did not, despite the fact that it passed the bill easily before the governor's veto.

The November ballot initiative has attracted much of the same criticism that Barbour leveled at the 2009 bill. John Reeves, a board member with the Jackson Redevelopment Authority, has said the initiative could hamper JRA's ability to take blighted properties, like some around Jackson State University, for development—but the language includes an exception for such property.

In June, Leland Speed, executive director of the Mississippi Development Authority, filed a lawsuit to keep the initiative off the ballot. Speed said he filed the suit as a citizen and not as the executive director of MDA. He echoed Barbour's concerns about the 2009 bill, saying the initiative could halt future economic-development projects. In September, the state Supreme Court said the initiative's constitutionality was not "ripe" for review, because it is still just a proposed amendment.

Although the state dropped its case to acquire Archie's land, Gibson said it would likely have an easier time taking the land now, after the Supreme Court decision.

Archie has appeared in Farm Bureau advertisements and is encouraging people to vote for the initiative.

"Back during that time, we had plenty of public opinion," Archie said. "We had people all over the state that agreed with us."