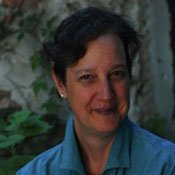 I've never met writer Teresa Nicholas, but I'm getting to know her quite well. My buddy JoAnne Prichard Morris (who is also an editor of the Jackson Free Press) strongly suggested several weeks ago that I get her new book, "Buryin' Daddy" (University Press of Mississippi, 2011, $28). You'll love it, she told me.

Granted, JoAnne is friends with Nicholas—a Yazoo City native who escaped to Swarthmore College and then a New York book editor's job—but JoAnne knows a lot of writers who escaped, and she doesn't always insist that I read them, or that I will love their writing.

JoAnne knows Nicholas' story well, it turns out. In an interview today, Nicholas credited her and her late husband for helping her decide to write her book, which she began in 2002. "I credit JoAnne Prichard Morris and Willie Morris with getting me started. I had dinner with the two of them at the steakhouse here in Yazoo City in the late 90s, and Willie encouraged me by asking if I had a book in me. He was a very sensitive person. He asked me if I had a book in me, and I admitted that I thought I did. I had had that burning desire since I was 17. And he looked at me and said, 'Well, Teresa, don't wait too long to write it.' So that's why I started on it when I did."

I'm about two-thirds of the way through her book about her difficult childhood in Yazoo City, and then returning there to bury her father. Her voice is pitch-perfect, and I can identify with her loving shame over how and where she grew up. I sympathize with her desire to flee from their shabby duplex—a trailer for me—to live up north amid a very different lifestyle. And I know well the surprise when that homing device goes off, and you suddenly need to know your home in a way you never have.

"I don't think I really appreciated Yazoo City when I was growing up here," Nicholas said today. "My family was not very well off, and I never traveled, so I didn't have the ability to go away and come back and see Yazoo City for what it was. It was a really vibrant community in the fifties and sixties, and at the same time it was very difficult for me, growing up here, because of the racial situation."

Like many of us, our state's racial conflicts helped drive Nicholas away. "I grew up at a time when civil rights was just starting to be an issue. It's one of the things I write about in the book—my father and I, my family and I took different sides. That was really painful for me and ultimately one of the reasons that I left to go away for college."

Going away helped Nicholas learned to appreciate her hometown. "Coming back to Yazoo City, I feel a lot of affection for it and a lot of fondness. It's not the town that it was in the fifties and sixties in terms of its vibrancy, but I still think that it's a very special place," she said.

Even if you don't directly identity with Nicholas' background, this is a memoir that is difficult to put down. (I'm reading it like I used to read Nancy Drew books as a kid—until my eyes won't stay open. And I dread finishing it.) It has a thread of mystery about Nicholas' daddy driving the narrative. He was an exotic, quirky, flawed mixture of southern-of-a-certain-era and his Arab ancestry. He was far from perfect—neither were most of our daddies—and his imperfections can be amusing and heartbreaking all at once.

Ultimately, though, I'm sensing that the beauty of the book is going to be how the death of a father brings Nicholas back to her mother. And, yes, I can identify with that one, too.

Of course, a huge hint about one outcome of this delicious family mystery—it even involves a treasure hunt of sorts—is that Nicholas now splits her time between Yazoo City and Miguel de Allende, Mexico, with her writer-husband, Gerard Helferich.

As a sidebar, I really enjoyed the portrait of Yazoo City—a certain presidential hopeful's hometown—through the eyes of a child and then an adult willing to see its flaws and its charms. JFP news editor Lacey McLaughlin did an in-depth story about Barbour's Yazoo recently, and this book supplements that piece wonderfully, making me want to drive through again to find the homes and boarded-up businesses that she gives such life to.

Dang. I missed the reading and signing, but I shall get this book today. It sounds worth the time.

Unfortunately, I missed the event but I have read the book and LOVED IT--recommend it totally. Teresa is a very gifted writer, has a powerful story to tell and does it beautifully. I hope she's got more in the works--and I hope she's gonna move home!

Great blurb on the book's cover, Jill. I met Teresa and Gerry at JoAnne's house later on Tuesday (after we got the paper to the printer). They are delightful. And, she's talker than you and me, I think. ;-)