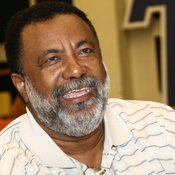 Lewis Liddell returns as interim director of the Sonic Boom of the South Marching Band.

Lewis Liddell is certain the first wrong note he hears in band practice later this summer will get him fired up. He can't wait.

Liddell, 66, returns to direct the Sonic Boom of the South Marching Band at Jackson State University. He retired in 2009 after 17 years at Jackson State and is returning only as an interim director until the university finishes its nationwide search for a permanent leader.

"It's a big job, a lot of work involved," he told the Jackson Free Press. "You don't know what changes have taken place. We are moving forward."

Most of the students who were in the award-winning band in 2009 have graduated. It will be a new band in many ways. It's also an entity unto itself.

"The Jackson State tradition looms large. Lots (of students) came here because I was director," he says. "Rest assured, Jackson State has one of the better programs around. The legacy will continue."

Since 2009, Liddell had time to reflect on decisions and issues. He consults other school bands and is writing a book on expressed statistics. He noticed how terrified fine-arts graduate students are of statistics. He's targeting this textbook at them, to make the subject accessible but "not dumb it down."

"I never expected to go back to Jackson State. Never say never," he says. "The world makes strange swings now."