Candidate of the Day: Addie Green 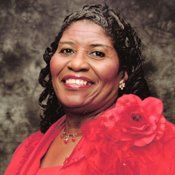 In a campaign season when few Democrats and even fewer women are running for state office, African American grandmother Addie Green stands out.

Green, a Bolton alderwoman since 2009, is running again as a Democratic candidate for the Public Service Commission central district. She first ran for the PSC post in 2007 and lost.

"I want a seat at the table. I want to look at the poor and senior citizens," Green told the Jackson Free Press this morning. "Senior citizens' light bills are so high."

Public Service Commissioners have to approve utility rate increases. Green is appalled at the rising cost of electricity, gas and even cell-phone service. Her concern is for constituents on fixed incomes.

"Many only get $500 or $600 a month," she says. If those customers can't pay their utility bills, the service providers make them to go to nonprofit agencies to apply for help. Green thinks the utility companies could do a better job helping people understand what kind of aid is available and perhaps make it easier to get.

Green has argued as alderwoman that Bolton Mayor Lawrence Butler could better manage public works in the city. "The mayor wants to be the water reader. He wants to do it all himself. He does not want to operate by the budget," she told JFP Daily.

"He should be more concerned with economics for the people rather than himself," Green says.

The alderwoman got her start in politics with a labor union. Green worked for Packard Electric in Clinton for more than 30 years. While there, she helped found IUE Local 698 Union and would become its president. She later was election commissioner for the city of Bolton.

She studied sociology at Utica Junior College and at Jackson State University. A board member of the Jackson NAACP, Green has volunteered for many community organizations for 40 years. Despite sharing that information, the mother of three and grandmother of six declined to give her age.

"I don't discuss my age for political reasons," she says. "A woman doesn't discuss her age."

Green says Pres. Barack Obama inspired her to run for state office when he appealed to Democrats to get out and get involved.

"As a Democrat, this is what I should do."