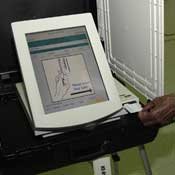 The debate surrounding voter ID in Mississippi has focused on political and historical arguments, rather than funding. While its proponents have lauded voter ID as essential for preserving the democratic process, opponents have claimed it is an effort to discourage African Americans and other minorities from voting—especially those old enough to remember Jim Crow-era tactics such as poll taxes.

In the past, the U.S. Supreme Court has only upheld voter ID laws when states provide photo ID free of charge to those who do not have one, concludes a paper by the Brennan Center for Justice at the New York University School of Law. As far as the courts are concerned, requiring people to purchase their IDs is an unconstitutional poll tax.

The Mississippi initiative mandates that the state will provide free photo IDs free to anyone who doesn't have one and can't afford to buy one. Today, state ID cards are $14, although they cost $17.92 to manufacture. The initiative does not specify who would determine whether someone can afford to pay. The Brennan Center report points out that a federal court blocked Georgia's voter ID law because it required people to take an oath that they could not pay to get free IDs. The court said people might be reluctant to take the oath out of embarrassment or because they did not know if they qualified.

The initiative states that providing free IDs could cost up to $100,000, depending on how many people requested one. State Sen. Joey Fillingane, R-Sumrall, sponsor of the initiative, said that amount would be reached only if everyone in the state old enough to vote applies who doesn't already have some kind of government-issued ID. "Of course, that wouldn't happen," Fillingane said.

Giving away $100,000 worth of free ID cards may not be a lot of money, but it's also not the entire cost of enacting voter ID.

Here's how it works: Mississippi will hand out free IDs. But not just for one year. The state must do it every year for new voters and every time someone needs a new ID. While many people have driver's licenses, 107,094 people bought photo IDs from the Department of Public Safety in 2010, paying more than $1,499,000. If voter ID passes, that's $1,499,000 that the Mississippi Legislative Budget Office estimates DPS will lose in revenue, not counting a possible uptick in requests for IDs once they are required for voting. Regardless, $1.5 million per year is dramatically more than Fillingane's $100,000 estimate.

Fillingane said he does not agree with the Budget Office's estimate. He thinks the Legislature will create a new ID only good for voting and not for driving, cashing a check or other things that require identification.

"I don't think that given our current budget condition that we would do anything but that," he said. The state would still have to provide IDs in later years as more people reach voting age, although not nearly as many as in the first year, Fillingane said.

The Brennan report points out that voter IDs are a recurring cost: "Many voters who lack the accepted ID—young and low-income voters, and those who rent rather than own property—are highly mobile, and states will have to bear the costs of re-issuing new IDs for these voters whenever their names or addresses change."

But just offering photo IDs for free is not enough. Based on court cases in other states, the Brennan Center found that photo IDs must also be readily accessible. Some states have expanded the number of offices where people can get IDs, are keeping offices open longer and opening mobile units. All of those changes, helpful as they may be, add to the cost of putting voter ID in place.

Missouri's Supreme Court struck down a photo ID law in 2006 because people had to pay to get copies of their birth certificates.

Fillingane said he took the language for the initiative from Indiana's voter ID law. But when the U.S. Supreme Court upheld Indiana's voter ID law in 2008, it said that people who had trouble getting copies of their birth certificates or who faced other obstacles to voting might still successfully challenge the law.

The ultimate responsibility for implement the initiative—and adequately funding it—rests with the state Legislature. Fillingane said the initiative would apply to absentee voters as well as those who go to the polls; people would have to show a photo ID to request an absentee ballot. Lea Anne Brandon, assistant secretary of state, said she does not think applying the ID requirement to absentee voting has been addressed, yet. In 2007, Attorney General Jim Hood said his office had conducted 38 voter-fraud investigations within the prior three years. Almost all of them were absentee issues.

The Legislature will also have to decide how much to spend on educating the public about new voting procedures through methods such as TV and radio public-service announcements, special websites and mail campaigns, in addition to the cost of educating poll workers about the new policy.