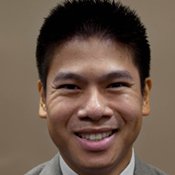 Lan Diep has spent the past year helping the Vietnamese-American community on the Gulf Coast deal with the impact of Deepwater Horizon oil spill on April 20, 2010. An Equal Justice Works AmeriCorps Fellow with the Mississippi Center for Justice, Diep is sorting out the problems allowing many to file or to receive claims.

Diep, 27, is the guest speaker at the ACLU of Mississippi 42nd Annual Membership Meeting Saturday, Aug. 27, in Jackson.

Vietnamese Americans in Alabama, Mississippi and Louisiana are not as integrated as they are in California, Diep said. For that reason, they are targets of predatory lawyers like the ones who fraudulently filed claims using names of some of Diep's clients. Some of his other clients didn't file claims because of bad information or because representatives discouraged them.

Diep says the GCCF used a higher standard of proof at times against his clients, such as the contemporaneous correspondence proving a worker was employed in April 2010. "They unreasonably requested that letters be dated back to the oil spill. A lot of people don't have that. It's an odd demand," Diep said.

The Gulf Coast Claims Facility, the federal organization overseeing the claim process, has shown a bit more leniency in recent months, helping those who have had problems filing claims, Diep says.

Diep, 27, recently learned he will stay on for another year to continue this work as a fellow based in Biloxi. His position is jointly funded by the Mississippi Center for Justice, Legal Services of Alabama, and Southeast Louisiana Legal Services

Diep graduated from the University of California San Diego with degrees in Political Science and History. After college, he worked in Washington, D.C. as a Vietnamese-language international radio broadcaster. He got his law degree from the University of the Pacific McGeorge School of Law where he specialized in international law. He also serves as a civilian Vietnamese language consultant to the Department of Defense.
He has been honored at the White House and featured in the New York Times. Diep was born in Houston, Texas, and later moved to California. "I still considered myself a Texan, though."