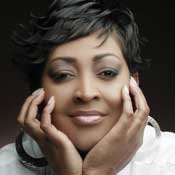 Soulster Keeshea Pratt has been singing since she was 5 years old. Nothing less can be expected from a child who grew up in the church and is the progeny of two Jackson State University music majors. Pratt has sung everything from gospel, blues, R&B and soul to show tunes.

Since her first days at New Hope Baptist Church in Jackson, dancing on tables and singing in the choir, Pratt knew she was made for the stage. "I wanted to go to Juilliard, saw myself on Broadway," she says. "My music gave me huge dreams."

The mezzo-soprano cultivated her love for music throughout her young adult life at Callaway High School and then at Tougaloo College, where she graduated in 1997 with a bachelor's degree in music. While there, Pratt received instruction from Larry Robinson, Tougaloo's choir director, who would later work with the Harlem Boys Choir.

During her sophomore year at Tougaloo, Pratt got her big break: a chance to sing opera with the famous prima donna Grace Bumbry. During the summers of 1994 to 1996, Pratt toured with Bumbry, singing in New York City's Carnegie Hall and overseas in places such as Switzerland and Germany.

Pratt, now 36, began performing professionally in Jackson in 2008. She has sung in every type of venue, from bars and clubs to music festivals and casinos. Festivals are her favorite places to perform the blues, soul and R&B music she grew up with.

"I'm an intimate entertainer," she says, "I like to get away from the nightlife scene, because other places really give you the chance to interact with
the people."

Pratt's sound is gritty, soulful and reminiscent of Tina Turner, her No. 1 idol. Her other influences include greats such as Whitney Houston, Aretha Franklin, Gladys Knight, Nancy Wilson, Etta James, Yolanda Adams and Cece Winans.

"I try to sing about love and life," Pratt says. "I love to see people's faces change as (my) music touches them. I want to touch as many people as I can."

Pratt lives in south Jackson with her husband, former JSU quarterback Grailyn Pratt, and their
two daughters, Blaike Catherine, 8, and Isabella Elise, 4 months. She continues to sing at her church, Jackson Revival Center, where she is a praise and worship leader.

While Pratt doesn't dream of Broadway anymore, her ambition is in no way diminished. She plans to release two albums in the near future, and is acting in a movie, "I Am Woman," which will be filmed here in Jackson this coming year. She also started her own company in August 2009, eponymously named Harris-Pratt Entertainment (Harris-Pratt is her full last name), and is planning to fund a performing arts complex for inner-city children in Jackson.

Still a devout Christian, Pratt is appreciative for her gift. "The only reason I'm still in this business is that God has allowed me to be in it," she says. "I love music so much, and I am so thankful for Him."

To learn more about Keeshea Pratt or her business, visit her Facebook page.