Simpson Criticizes AG for Not Debating 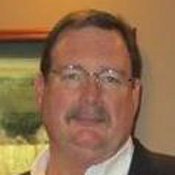 Simpson's campaign released a statement Monday that claims Simpson, a Republican, has challenged his Democratic opponent, Hood, to four debates--one in each congressional district--sometime before the Nov. 8 election. The "town-hall" format would allow the public to attend and pose questions directly to the candidates.

Scott Paradise, Simpson's campaign manager, said town hall debates would allow the candidates to debate anything voters care about. He said Simpson's campaign has heard from voters concerned about Obama's health care plan, which he called "Obamacare," voter ID and "restoring integrity in the attorney general's office." Simpson has accused Hood of embracing political corruption and not pursuing cases against his friends.

Paradise said he understands that the attorney general is a very busy man, but voters will be making an important decision Nov. 8.

"We think that before voters hire their next attorney, they should at least have a chance to have a job interview with him," Paradise said.

Jonathan Compretta, Hood's campaign manager, said Hood does not have time for the debates due to working full time as attorney general.

"From my perspective, Mr. Simpson may have a lot of time to attend debates ... but the attorney general's time would be better spend working to protect the citizens he serves," Compretta said.

Paradise said Simpson's campaign has not received any invitation to the luncheon, but would certainly be open to a debate.

Phil Hardwick, coordinator of capacity development at the Stennis Institute of Government, said the institute will hold a series of candidate forums in September and October. He is waiting until after the runoff elections to invite candidates and set dates, but hopes to have luncheons for all the contested statewide offices. The luncheons are open to the public and cost $15, which includes food. Visit stenniscapitolpress.wordpress.com for more information.