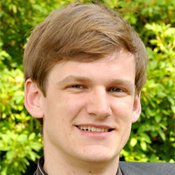 Joseph Muller is a Fulbright Fellow.

Joseph Muller got a great opportunity after he graduated from Millsaps College in May. He got a job as an editorial assistant in acquisitions at University Press of Mississippi. Now he has to give up that great opportunity that English majors dream about for another one--a Fulbright Award.

The U.S. State Department made Muller, 22, a Fulbright Fellow for the upcoming school year. As a cultural ambassador of sorts, he will teach English at the University of Silesia in Sosnowiec, Poland. In his spare time, he wants to explore Polish literature.

"I'm really interested in 19th century and medieval Polish literature," Muller told the Jackson Free Press this morning. One book he recommends is "Quo Vadis" by Henryk Sienkiewicz, written in 1896. Muller has already studied British literature of the same period and is interested in comparing it to Polish literature. He stresses his fellowship is not a research award, though.

"I do want to go to graduate school. I'm researching programs right now," he said.

Muller, a native of Gadsden, Ala., said he decided to attend Millsaps because of its writing program. "And they offered me the best package," he said.

A news release from Millsaps included praise from one of his professors.

"Joseph is a mature, intelligent, inquisitive and gracious individual, and it has been my great joy to be his teacher and mentor during his years at Millsaps," Eric Griffin, English professor and honors advisor to Muller, said in the news release. " His humility is one of his most admirable and endearing qualities."