Candidate of the Day: Lee Yancey 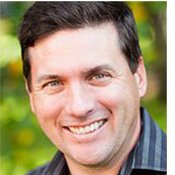 State Sen. Lee Yancey, who wants to be the next treasurer, is banking on right-wing support.

Sen. Lee Yancey, R-Brandon, claims to be the only candidate for state treasurer who has a voting record to study.

Yancey, 43, faces Lynn Fitch, executive director of the Mississippi State Personnel Board, and Lucien Smith, a lawyer, in the Republican primary tomorrow. The Republican who wins the primary race will face Democrat Connie Moran, mayor of Ocean Springs, in November.

Yancey, a member of the Legislature since 2007, is banking on his right-wing conservative reputation to help him win the treasurer's post. In July, Mississippi Right to Life endorsed him. On his website, he boasts having an A rating from the NRA. He also casts himself as a staunch supporter of Arizona-style immigration laws.

The state treasurer, however, doesn't deal with abortion, gun control or foreigners living in the state without the right paperwork. The treasurer is essentially the banker for the state of Mississippi who invests any extra money and manages other finances. Nonetheless, blue-eyed Yancey is flaunting his "100 percent conservative" record more than his job as a money manager with Woodridge Capital Portfolio Management.

"Lee Yancey is one of us," his website says. "As treasurer, he'll save taxpayer money. He'll fight tax increases. And defend us from more big government from Washington D.C."

Yancey sponsored a bill in 2010 to put property in flood and drainage control districts under local zoning laws. His bill, which died in the House Appropriations Committee, would have ended the Pearl River Valley Water Supply District control over the Ross Barnett Reservoir. He wanted more local control of the district, with some members being elected instead of the usual appointment process for board members. He also wanted the district to surrender land it owns for eventual private ownership. (See our previous coverage about Pearl River and the Two Lakes plan.)

Born in Ripley, Yancey graduated in 1991 as a religion major at Mississippi College, then attended New Orleans Baptist Theological Seminary. He started working in Baptist churches as a minister. In 2000, he became a lobbyist for the Mississippi Baptist Convention. In 2007, he won his seat in the state Senate. He started his present job with Woodridge Capital Portfolio Management in 2008.

Religion major in college and then a degree from a Baptist seminary? I'm sure he'd make a great chaplain but not exactly the qualifications I'd like to see for the state treasurer.

Well, I don't mind that he's a religion major; some of my best friends and best role models are preachers and spiritual leaders. Those facts don't get in the way of being a good state treasurer; a great chaplain could be a fiscal superstar. But if so, tell us THAT! Certainly, the abortion, gun and immigration rhetoric is about using wedge issues to get votes.

If you watch his interview video with the Clarion Ledger staffers.....enough said. Would not get my vote and in fact he didn't.

I'm not sure which is more mind-blowing: that Yancey is using wedge issues that have nothing to do with being the state banker or state senate candidates acting as if Obama is on the ballot (i.e., Charles Barbour).