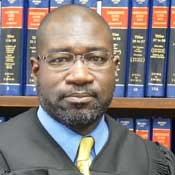 An initiative asking voters to decide if the state Constitution should define when life begins can be placed on the 2011 ballot, Hinds County Circuit Court Judge Malcolm Harrison ruled today.

"Plaintiffs carry a heavy burden in attempting to restrict the citizenry's right to amend the Constitution," Harrison wrote in the ruling. "Initiative Measure No. 26 has received more than the required amount of signatures to be placed on the ballot, and the Constitution recognizes the right of citizens to amend their Constitution."

In July, Jackson attorney Rob McDuff, Planned Parenthood and the ACLU filed a lawsuit on behalf of two residents against Mississippi Secretary of State Delbert Hosemann for approving a 2011 ballot initiative asking voters to decide if the word "person" in the state Constitution will include "every human being from the moment of life, fertilization, cloning, or the equivalent thereof." Personhood Mississippi, an anti-abortion group, collected 106,325 signatures supporting the initiative.  The lawsuit claims the initiative violates section 273 of the state Bill of Rights, which states that a voter initiative "shall not be used for the proposal, modification or repeal or any portion of the bill of rights of this constitution."

Cliff Johnson, co-counsel to McDuff, said his party would appeal the ruling to the Mississippi State Supreme Court.

"While we are disappointed by today's ruling, we remain confident that our legal position is correct and Measure 26 is unconstitutional," Johnson said. "We have known from the beginning of this litigation that the Mississippi Supreme Court would have the final say in this matter."

Read the JFP's previous coverage on the issue here.