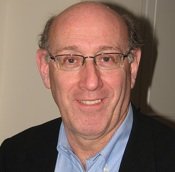 Speaking on NBC's "Meet the Press" yesterday, Kenneth Feinberg, appointed by President Barack Obama to administer BP's $20 billion escrow account for claims against the oil giant, said his immediate goal is to pay initial "emergency" payments to victims of the Deepwater Horizon disaster in the Gulf. Those payments, he said will not affect victims' ability to file future claims, reports The Wall Street Journal:

Individuals and businesses whose livelihoods have been impacted by the spill "will get an emergency payment without any obligation," followed by "a program that will provide ... compensation," he said.

Speaking on the same program, Gov. Haley Barbour said the Obama administration is on the right track.

"I think the federal government's done more right than wrong," Barbour said. "I thought appointing Ken Feinberg, who's got a great reputation that's well-deserved, is good for BP and good for the government. Get BP out of that. But BP's got to pay, and everybody has to understand it. BP's the responsible party, we expect them to pay for everything."

BP's Deepwater Horizon oil rig exploded April 20 and sank two days later, killing 11 workers. The explosion triggered a massive oil gusher that is spewing up to 60,000 barrels of oil daily into the Gulf of Mexico, fouling beaches from Louisiana to Florida.

Read the transcript of Sunday's program.

Flineberg comes with a great track record. I hope that the Gulf Oil Spill will be added to his list of accomplishments.