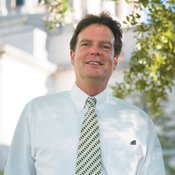 Mississippi Public Service Commissioners Lynn Posey and Leonard Bentz revised their April 29 decision limiting costs of the plant to $2.4 billion. In the original decision, any costs above $2.4 billion would have been carried by the stockholders of Mississippi Power Company, the company seeking to construct the plant. MPC complained, however, that they should be able to pass additional costs above $2.4 billion down to their ratepayers, and warned that they could not afford to build the plant if they were not allowed to do so.

Bentz and Posey revised their decision May 26, allowing the company to charge rate-payers up to $2.88 billion for the plant--even though MPC did not release to the public the amount of the rate increase customers would be shouldering as a result, or any documentation supporting the rate increase. Rates for Entergy Mississippi customers increased about 40 percent after the construction of a similarly-priced Grand Gulf nuclear reactor in the 1980s.

"It's not coincidental that the 'flip flop' occurred less than 72 hours after Gov. Haley Barbour sent a strongly worded letter to the commissioners insisting the plant get built" Miller said in a press statement. "It is also not lost on us that Barbour's Washington lobbying firm Barbour, Griffith and Rogers represents Southern Company, the parent company of Mississippi Power, who touted on their website they were responsible for lobbying the Department of Energy to land federal money for (the) Kemper (facility)."

Northern District Commissioner Brandon Presley, who voted against the construction of the plant at both the April and May hearings, argued in his May dissenting opinion that it appeared that "the only reason the majority changed its mind in this case is because the company insisted."

"That is not a valid reason for decision-making and certainly is a terrible way to regulate," Presley added.