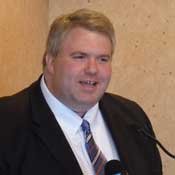 The issue stems from accusations that Mississippi Power Company successfully hid from publication the actual amount of the rate increases that ratepayers will have to shoulder to cover the construction of a new $2.88 billion coal plant in Kemper County.

On May 26, a majority of the Mississippi Public Service Commission, excluding Commissioner Brandon Presley, revised an earlier decision to cap the cost of the proposed coal at $2.4 billion. Mississippi Power had complained that the $2.4 billion cap was too low and said the decision would force the company to make shareholders finance any costs above $2.4 billion. A company spokesperson told reporters that they could not build the plant under that condition. The commission's revised decision raised the approved construction costs 20 percent, to $2.88 billion, but also allowed the company to charge customers for plant construction costs before the facility is even up and running.

"After a comprehensive review of yesterday's order, we have determined the stringent conditions that the commission imposed will still allow us to move forward to finance and construct the plant," Mississippi Power Vice President of Generation Development Tommy Anderson said in a statement.

Critics of the proposed Kemper County plant, including the Mississippi Sierra Club and the Mississippi NAACP, complain that the power company would raise rates to intolerable levels to finance the construction of the plant. The costs will be distributed among the company's 200,000 southeast Mississippi customers.

The Sierra Club filed a motion last year with the PSC demanding the commission release the actual rate increases that customers should expect, but Sierra Club Director Louie Miller said Commissioners Leonard Bentz and Lynn Posey refused to address the motion. Mississippi Power argued in a January motion it filed with the PSC that the power company is not required to follow the traditional rate provisions spelled out in Mississippi statute 77-3-37, which demands power companies provide a rate change notice and documentation. The company insisted in its January motion that revealing the rate increase is "wholly inconsistent with the Legislature's intent" when the Legislature modified state law in 2009 with the creation of the Mississippi Baseload Act--a law that allows MPC to raise customer rates to finance the new plant before the plant is completed.

PSC Chairman Brandon Presley submitted a motion in May to open a debate amending the commission's rule pertaining to document filings that a company designates as confidential, arguing that the commission should have the power to judge whether the information is rightfully confidential.

"We want to create a process wherein items going into the rate base are exempted from being confidential, unless the commission decides so," Presley told the Jackson Free Press. "If you want to get confidential information affecting rate increases, you have to file a motion in Chancery Court, but we want to stop on the front end the company's ability to hide rate impacts."

But Presley was the only one expressing the need to make rate hikes transparent prior to the commission's May 26 decision allowing the construction of the plant. Commissioners Posey and Bentz voted to table the issue until last week.

Bentz jumped ahead and made the motion to open debate at the June 3 meeting immediately after Presley brought up the issue, but Presley continues to seethe over his fellows' late timing. Presley said the commission's decision to finally consider a rules change will not affect Mississippi Power's ability to hide ratepayer costs on the expensive Kemper County plant.

"It will not affect any prior decision," Presley complained. "That's why I brought it up before the last order on Kemper went out. Nobody was for it until the issue was over."

Bentz said the commission's consideration of its rules could not be applied to the MPC Kemper decision, in any case.

"If we would have done it during the middle of the proceeding, as I understand it from the legal counsel, we would not have been able to circumvent back into the (MPC) proceedings," Bentz told the Jackson Free Press.

But the question of costs for the Kemper plant is far from complete. Miller said the $2.88 billion to which the commission agreed did not include added costs such as constructing the plant's adjoined lignite mine and transmission line costs.

August 2009, the Jackson Free Press compared potential MPC rate-increases to increases Entergy Mississippi imposed on its customers for the construction of the $3.5 billion Grand Gulf nuclear power plant in Port Gibson. When Grand Gulf opened in 1989, Entergy Mississippi customers' rates rose more than 40 percent for 10 of the 21 years the reactor has been in use, with the highest base rate ballooning to 53.5 percent in 1994.

Miller said the Sierra Club will file a motion, possibly in Harrison County Chancery Court, demanding that the company divulge the complete cost associated with the plant and its estimates on rate increases within 30 days of the PSC's May 26 decision.