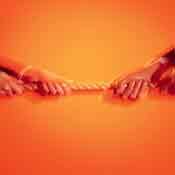 Mississippi Sierra Club Director Louie Miller says that a letter from Gov. Haley Barbour to the Public Service Commission asking it to approve an experimental coal plant in Kemper County may have had an unseemly impact on Public Service Commissioners Leonard Bentz' and Lynn Posey's decision to increase the plant's construction-cost cap by $480 million at the request of Mississippi Power Company.

"It's not coincidental that the ‘flip flop' occurred less than 72 hours after Governor Haley Barbour sent a strongly worded letter to the Commissioners insisting the plant get built," Miller wrote in a statement. "It is also not lost on us that Barbour's Washington lobby firm, Barbour, Griffith and Rogers, represents Southern Company, the parent company of Mississippi Power, who touted on their website they were responsible for lobbying the (U.S.) Department of Energy to land federal money for Kemper."

Barbour stated in his May 24 letter that a PSC decision making the construction of the plant impossible would be "an awful, outrageous outcome."

The Mississippi Sierra Club filed a June 17 lawsuit in Harrison County Chancery Court calling the PSC's decision to raise the construction-cost cap of the plant by 20 percent "arbitrary and capricious." The suit challenges the decision by Bentz and Posey to revise the original April 29 PSC decision capping construction expenses of the proposed coal-burning power plant at $2.4 billion.

Under the original decision, the stockholders of Mississippi Power, the company seeking to construct the plant, would have carried any costs above $2.4 billion. MPC complained, however, that they should be able to pass additional costs above $2.4 billion down to their ratepayers, and warned that they could not afford to build the plant if they were not allowed to do so.

When Bentz and Posey revised their decision May 26, they allowed the company to charge ratepayers an additional $480 million, or up to $2.88 billion for the plant—even though MPC did not release to the public the amount of the rate increases customers would shoulder or provide any documentation supporting the rate increase. Under comparable circumstances, Entergy Mississippi customer rates increased about 40 percent after construction of the similarly priced Grand Gulf nuclear reactor in the 1980s.

"The actions of the majority are arbitrary, capricious, beyond legal authority and unsupported by substantial evidence. These actions are contrary to governing statutes. The Commission's decision granting the certificate and the May 26, 2010, order must be vacated," the Sierra Club states in its motion.

The organization also demands that the court order the commission to act on an earlier motion that the Sierra Club filed with the PSC to make public how the plant affects rates, and to temporarily suspend the PSC decision allowing construction of the Kemper project pending a decision by the court.

Commissioner Bentz disputed Miller's argument that Barbour held any power over his personal decision to upgrade the April 29 decision.

"When did the Sierra Club ever support anything that is progressive?" Bentz asked. "They have opposed this plant from the beginning. They talk about us flip-flopping and changing our minds, but that's incorrect. We never denied the power company the right to build the plant, not in the first order and not in the second order."

Commissioner Brandon Presley, who voted against both PSC decisions to allow the construction of the plant, said at a June press luncheon and in his May 26 dissent that the PSC had received no new information warranting the increase in the construction cap.

"It seems the only reason the majority changed its mind in this case is because Mississippi Power Company insisted," Presley wrote in his May 26 dissent.

Bentz argued that MPC still must approach the PSC for approval before charging ratepayers anything more than the original $2.4 billion.

"Louie Miller is an idiot," Bentz said. "Our decision does not automatically grant MPC a dime more than their original $2.4 billion price. They still have to come back to us if the cost goes beyond that and ask permission for that increase."

But Presley says, however, that the PSC will undoubtedly approve the additional costs.

"The project costs more than (MPC's) net worth. As soon as the cost goes north of $2.4 billion and you don't approve the cost increase, we'll bankrupt the company," he said.

Bentz added that he was unaware of any influence from a letter by the governor, and said he was unfamiliar with the letter to which Miller referred. Presley, who said he submitted the letter into public record after receiving the document, said he had been unimpressed with the message. "My position is that if the administration in Washington and the state feels so confident about this plant let them come in and pay for it," Presley said.