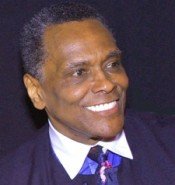 The International Ballet Competition has named Arthur Mitchell of the Dance Theatre of Harlem as its 2010 honorary chairman.

The USA International Ballet Competition has named Arthur Mitchell as the honorary chairman of the 2010 Jackson competition scheduled for June 12 through June 27, 2010. Mitchell is the founding artistic director of the Dance Theatre of Harlem.

"Arthur Mitchell is known around the world as an accomplished artistic director, astute educator, talented choreographer and extraordinary dancer," said Sue Lobrano, USA IBC executive director in a release. "With his impressive background and history, it was a natural choice for us to select him as our national honorary chairperson for the 2010 competition."

The USA IBC Web site describes the annual event as "a two-week 'Olympic-style' competition where tomorrow's ballet stars vie for gold, silver and bronze medals, cash awards, scholarships and jobs. It can be a stepping-stone to a dancer's career. The audience is filled with company directors interested in hiring dancers, and for this reason, many dancers leave with contracts. This is possibly the grandest prize of all."

The competition, founded by Thalia Mara in 1978, is held every four years in Jackson. In the past, Varna, Bulgaria, Moscow, Russia and Tokyo, Japan, have all been hosts. Approximately 100 dancers from all over the world will converge on Jackson this summer.