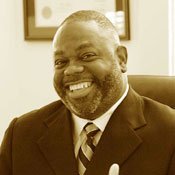 Carlton Reeves is set to become the second African American appointee to the U.S. Southern District Court in Mississippi. President Barack Obama sent Reeves' name to the Senate yesterday for confirmation, but Reeves has been rumored as Obama's pick for more than a year.

Reeves, a partner in Jackson law firm Pigott Reeves Johnson, has served as an Assistant U.S. Attorney and a litigator for Phelps Dunbar. A Yazoo City native, Reeves received his bachelor's degree in political science from Jackson State University in 1989 and his law degree from the University of Virginia in 1989. He returned to Mississippi to clerk for Justice Reuben Anderson of the Mississippi Supreme Court.

Reeves did not immediately return calls for comment. In 2007, he told the Jackson Free Press that Pigott Reeves Johnson actively presents itself as an integrated firm concerned with equal justice.

"I believe in the rule of law and in using it to achieve justice across the board," Reeves said.

Reeves is filling the place left by Judge William Barbour, who is retiring. Henry Wingate, appointed in 1985 by then-President Ronald Reagan, was the first—and until now, the only—African American federal judge in the state.

Former state Supreme Court Justice Fred Banks Jr., who has known Reeves since his days as a law clerk, said that Reeves' selection is another important step toward equality in judiciary.

"For some reason, there have not been any black judges appointed (in Mississippi) over the last 20 years," Banks said, adding that "a diverse judiciary is essential, not just as a symbol for aspiring lawyers, but for the nation as a whole.

"No one should be able to picture those people who are administering justice and feel excluded," Banks said. "It's not just African Americans, but other ethnic groups and women as well. It's important that the federal judiciary and law enforcement apparatus not be all one color, all one race, all one gender."

Reeves' nomination highlights other pending federal judicial appointments. Fifth Circuit Court of Appeals Judge Rhesa Barksdale has signaled his intention to retire, freeing up a spot on the court. Current state Supreme Court Justice James Graves, who is also African American, is reportedly among the frontrunners for the position.

Federal appointments have yet to be announced for U.S. Attorney in the Northern and Southern Districts of the state.