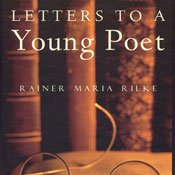 Transitional states such as graduation can render a person wide open emotional lows and highs. This is actually the perfect moment to go out and explore the world. The following is a sampling from an ocean of books to get you amped up to splash into life freshly, wildly and mindfully.

"Letters to a Young Poet" by Rainer Maria Rilke (WW Norton & Co., 1993, $9.95)
If you're not a poet, take solace; this little book is still applicable. In addition to the creative encouragement he dispenses through his letter-correspondence, Rilke covers all terrain from developing the self into a mature being (while reconnecting with one's inner child), romantic relationships and the depths of human existence itself.

"The Joy of Living and Dying in Peace: Core Teachings of Tibetan Buddhism" by Dalai Lama (Harper San Francisco, 1997, $16)
As in all his books, the Dalai Lama espouses advice, lodged in the tenets of Tibetan Buddhism about compassion and peace, as well as self-awareness and techniques for filling up your heart with happiness. Through his seemingly endless wisdom, the Dalai Lama can simultaneously calm and empower readers to benevolently interact with the world.

"Walden" by Henry David Thoreau (Beacon Press, 2004, $10.95)
From his detailed accounts of his day-to-day observations while living in seclusion in the Massachusetts woods during the 1800s, during a two-year "experiment," transcendentalist Thoreau discovered profundities about himself and society.

"If one advances confidently in the direction of his dreams, and endeavors to live the life which he has imagined, he will meet with a success unexpected in common hours."

"The Buddha Next Door: Ordinary People, Extraordinary Stories" by Zan Gaudioso and Greg Martin (Middleway Press, 2007, $15.95)
This book details countless personal stories by Nichiren Buddhists who have been in the darkest places, only to pull themselves up by their bootstraps through their deter-mination. It is testimony that people can change their lives no matter how dire their circumstances.

"Tipping Point: How Little Things Can Make a Big Difference" by Malcolm Gladwell (Little Brown and Company, 2000, $15.99)
From a corner of pop-anthropology, Gladwell pulls various societal examples to demonstrate that every vote really does count. For instance, he asserts the "word of mouth" phenomenon can overpower even the slickest coercive advertising. The world has changed tremendously since this book was published, but his simple snowball effect stance is still valid.