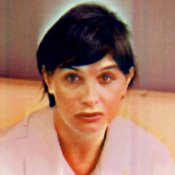 In a process that took about a half hour, Karen Irby, 38, pleaded not guilty Monday to multiple felony charges connected to a car crash on Old Canton Road that killed two young doctors and severely injured Irby and her husband Stuart, 56.

Irby, who arrived at the Hinds County Detention Center at around 3:30 p.m. in a wheelchair, posted a $250,000 bond and waived her right to an arraignment hearing before leaving with an ankle monitor. Judge Tomie Green set the bond amount the previous Friday prior to Irby's surrender.

The night of Feb. 11 at around 10:30, Irby crossed into oncoming lanes in her black Mercedes, reportedly traveling at more than double the road's 45 mph speed limit. She drove head on into a white pickup truck. Both vehicles then hit a brick retaining wall, and the truck burst into flames. If the couple in the truck survived the horrendous crash, the flames made it impossible to save them.

Dr. Mark Pogue, a third-year resident with the University of Mississippi Medical Center, and his fiancée, Dr. Lisa Dedousis, a resident at Jersey City Medical Center in New Jersey, were spending time together in anticipation of Valentine's Day. Both died on the scene. The couple had planned a December wedding.

Veronica Heeres, a resident of the apartment complex next to the crash site, told WJTV that it was the worst crash she's ever seen.

"Those people didn't have a chance to get out," Heeres said of the pickup, adding that the flames stretched toward the sky, burning through power cables.

The Irbys survived the crash. Rushed to University Medical Center, both spent weeks in the hospital, where Stuart Irby's condition remained critical for some time with apparent head injuries, and Karen Irby underwent multiple surgeries to repair fractures on the left side of her body, according to entries on caringbridge.org, which have since been deactivated.

Irby's blood-alcohol level was allegedly .09 percent in a sample taken hours after the crash, according to WAPT. If true, it indicates Irby was drunk at the time. In Mississippi, .08 percent or more is enough for a drunk-driving charge. The station also reported that the police investigation indicated the Mercedes was traveling at more than 100 mph when it hit the truck.

The three-count indictment—two counts of depraved-heart murder for the deaths of Pouge and Dedousis, and one count of aggravated assault against her husband—states Irby had been consuming alcoholic beverages, and was traveling at "an excessive rate of speed, indiscriminately passing other motorists" when she crossed into the path of the pickup.

"Obviously, there was some excessive speed and some alcohol involved, and two people were killed and one was injured as a result of that," Hinds County District Attorney Robert Smith told WAPT.

The charges of depraved heart murder indicates that the grand jury decided Irby's actions showed she had no regard for human life, and carry the possibility of life in prison.

"The charges in the indictment are extremely serious," said Irby family spokesman Calvin Wells in a statement. "We are not going to try this case in the media, and any rush to judgment based solely on the indictment, or the rumor mill, is premature and inappropriate. As they should be, the facts will be presented in court, which is the proper venue to determine whether or not this tragic accident was the result of any negligent act on Karen Irby's part."

Irby has retained Joe Hollomon as her attorney. According to information from the Hinds County Chancery Court, Stuart Irby filed for divorce last September, alleging habitual cruel and inhuman treatment and irreconcilable differences.

A lifelong Mississippian, Pogue was born in Meridian and graduated from Neshoba Central High School in Philadelphia in 1990. He received his medical degree in 2005 from St. Christopher's College of Medicine in England. He then returned to the states for his residency, and was scheduled to graduate from the UMC family practice program this June.

"She was an outstanding medical resident and doctor," Mark Rabson, a spokesman for the Jersey City Medical Center told NJ.com days after the crash. "When staff found out about the tragic accident, we were all visibly moved and upset. She was a model resident and doctor, and our thoughts go out to family and friends."

"The support and prayers from the people of Mississippi has been helping us cope during these difficult times," Dedousis' brother John Dedousis told WAPT in February. "My sister had always enjoyed the local community that was so welcoming. I only wish after working so hard to achieve their goals, that Mark and Lisa could have fulfilled their dreams of helping others for a long time."