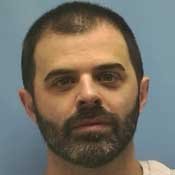 Douglas Hodgkin, convicted of capitol murder in 1987 and paroled last month, will have to register as a sex offender as a result of a bill signed into law today.

The Mississippi Parole Board approved Hodgkin's parole last month, raising a tornado of controversy similar to the governor's release of Michael David Graham last summer. Graham shot his ex-wife, Adrienne Klasky Graham, to death in 1989 after years of stalking and harassing her.

House Bill 893 requires killers convicted of capital murder, such as Hodgkin, to register as sex offenders when a sex offense is the underlying crime. The bill contains retroactive language to include Hodgkin and others like him.

"My office drafted this bill as a result of our work with the family of Jean Gillies, Hodgkin's victim," said Attorney General Jim Hood in a statement. "We worked diligently with the Legislature to expedite the bill and get it on the governor's desk. The governor's signature provides some peace of mind to family members of victims in these cases."

Hodgkin, convicted in 1987, was scheduled for release on Monday, March 23; however, the place where he was to reside is in close proximity to a school, and does not meet the criteria for sex-offender housing. He will remain in custody until approval of a new location.

A related bill, House Bill 2, crafted to provide accountability to the governor's office for pardons and to the parole board for parole decisions, has yet to be sent to the governor despite passage in both houses of the Mississippi Legislature.

OK, all you legal eagles out there. On his blog, Jim Craig takes the Legislature to task on this one, saying the new amendment is unconstitutional: [T]he registration requirement is probably a component of the punishment that cannot be imposed on people who have already been convicted. That's what the U.S. Constitution's Ex Post Facto clause is about. It's just another example of how legislators and public officials make a lot of noise passing laws that they know can't be enforced. Thoughts?