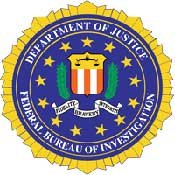 Although many media outlets will use the FBI data to sensationally rank cities or states as "most dangerous" or identifying "murder capitals" the FBI explicitly warns against such rankings, calling them misleading.

"These rankings  are merely a quick choice made by the data user; they provide no insight into the many variables that mold the crime in a particular town, city, county, state, region, or other jurisdiction," the agency states on its Variables Affecting Crime Web page. "Consequently, these rankings lead to simplistic and/or incomplete analyses that often create misleading perceptions adversely affecting cities and counties, along with their residents.

So, the Ledger didn't include that last quote above, huh? Schmucks.