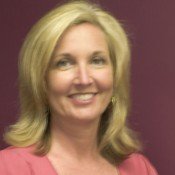 Sandy Middleton, director of the Center for Violence Prevention in Pearl, will be on tonight's forum panel.

"After months of research, CVP chose the Duluth Model as the curriculum, largely due to its national success in affecting a change in the behavior of batterers," Middleton said. "Today, we celebrate this kick-off and what it means for families across the Metro who are terrorized by domestic violence," said Gene Sylvester, CVP board of directors chairman.

The Duluth Model holds that public intervention in domestic violence cases should include several key elements:

Sheriff McMillin said that emphasis on batterers is key. "It will make them spend time reflecting on what they've done. "There are big consequences about being a batterer ... (they will learn) how they got there, and how they're going to stop." He pointed to successful DUI programs that change behavior.

Batterers need to "examine their beliefs, and see how to change their beliefs," Wagner said afterward. They need to learn what equality in a relationship means, rather than continue believing they need to have power over their partner. "This is meant to create healthy relationships." Thus, she said, it's a way not to just respond to the victims' needs, but also to help the batterers change their own lives for the better. Both the batterer and the victim needs "to be surrounded by services," she said. If the batterer continues to offend, then the criminal-justice system can step in.

Judge Davis said batterers "need to be re-educated." Society teaches too many men that it is OK to use violence against their wives and girlfriends, she said. "In many men's minds, it's OK," she said. "They think there's nothing wrong with it."

Plus, Davis added, children live in 70 percent of homes where domestic abuse occurs. "I hope this (program) has a ripple effect once it gets started."

Presenters were flanked by the program's board of directors and advisors including representatives of the Attorney General's Office, law enforcement personnel and social services advocates from the Metro area.

The JFP Chick Ball events this weekend will raise seed money for the program.