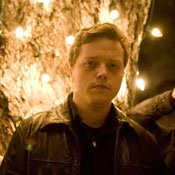 Jason Isbell and the 400 Unit

Jason Isbell made a name for himself as third guitarist for the preeminent southern rock band of this decade, the Drive-By Truckers. While he was with the band, Isbell established himself as arguably their folksiest songwriter. Despite his junior-songwriter status, Isbell's contributions always shone through on the Truckers' albums. His soul-weary voice combined with his unpretentious, personal lyrics was always poignant. The song "Outfit," from the Truckers' 2003 album "Decoration Day," remains one of their most moving songs.

Isbell split with the Truckers in 2007 and released his well-received debut solo album, "Sirens of the Ditch," the same year. His newest release, "Jason Isbell and the 400 Unit," is a bold step forward for him. He sets out to expand his sound on the album, dipping his toes into different sounds and genres of music.

The results are as problematic as the idea. Few artists ever successfully pull off this hodge-podge album concept without it sounding disjointed and overwhelming. Isbell inevitably falls into this trap.

The record opens promisingly, as its first two songs, "Seven Mile Island" and "Sunstroke," play to his strengths as a singer. The instrumental lineup is minimal, which allows his expressive voice to come through at its most effective.

Then the first problem arises. The track "Good" boasts an instrumental assault that The Hold Steady would salivate over. However, the chorus veers a little too close to the Gin Blossoms for comfort, and Isbell's voice doesn't lend itself to driving bar rock songs. His weary voice over such a heavy riff is the musical equivalent to an aging boxer stepping into the ring with someone half his age.

The album's highlight is "Cigarettes and Wine," a seven-minute love song that maintains its power from start to finish. Its chorus features Isbell's world-weary vocals at their best with lyrics to match ("She lives down inside of me still / Rolled up like a twenty dollar bill").

After this relatively strong beginning, the album trails off a bit. It offers three forgettable songs, including the regrettable Jack Johnson-inspired "The Blue," before picking its head up one last time for Isbell's only successful step outside the comfort zone, "No Choice in the Matter." The song is an ode to the Muscle Shoals sound, complete with a horn line.

The album closes with something closer to a whimper than one would like. It has two more disposable songs before an instrumentally strong, though vocally underwhelming closer, "The Last Song I Will Write."

Jason Isbell is a talented songwriter whose career bears following. With an expressive voice and a natural eye for the small things, he has the ability to deliver solid, strong songs. "Jason Isbell and the 400 Unit," while offering glimpses of this potential, ultimately leaves listeners wishing he was a little more focused on his strengths and less on genre-hopping.