[Rob In Stereo] A Desert of Seriousness 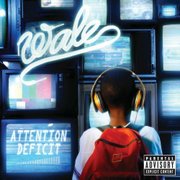 I was at a house party during the winter of 2003, and I remember noting the self-serious vibe pervading every room. The dance floor was empty, save for one or two friends of the DJ politely nodding along with "Umi Says" by Mos Def. Then out of the blue, the DJ put on "Hey Ya!" and an honest-to-God party erupted. People swarmed to the dance floor like pigs to the trough. For the duration of the song, the only thing partygoers cared about was moving their butts. It was a moment of transcendence, pure musical ecstasy.

The song that can pull an arrhythmic, spastic person onto a dance floor without worry about the judgments of others is a dying breed. Despite being the lowest brow in history, content-wise today's pop music emanates seriousness. It has a calculated element to it. The clear processing of the music combined with the glaring lack of joy from the singer makes it impossible to fully surrender yourself.

More than nearly any other genre, hip-hop was once a bastion of joy. It's strange to think that a stoic and stone-faced genre used to have such a life-affirming element to it, but it's true. Think about any song off the Pharcyde's landmark album "Bizarre Ride II the Pharcyde" or De La Soul's debut LP "3 Feet High and Rising" and how they continue to draw people to the dance floor at parties. All of these songs radiate fun---֖a quality that is growing increasingly elusive.

Wale, a Washington, D.C., rapper, seems to have brought us a glimmer of hope with his newest album, "Attention Deficit." Wale has made a name for himself in the hip-hop underground, releasing a series of mixtapes, the most famous being "The Mixtape About Nothing." This album marked the first time that hip-hop had embraced "Seinfeld."

"The Mixtape About Nothing" would suggest that some snarky and occasionally dorky humor might find its way onto "Attention Deficit." No such luck. While we do see a McLovin reference along with a few off-color nods to Heath Ledger ("TV in the Radio") and River Phoenix ("Contemplate"), the humor and good times are lacking.

The only song that lives up to the album's potential is "Chillin." Using delightfully corny "Na Na Hey Hey Kiss Him Goodbye" sample, Wale unleashes the aforementioned "Superbad" reference along with a mention of Judge Mills Lane. Unfortunately, this is a three-minute oasis of fun in a desert of seriousness.

Too often Wale tries to take on heavier social issues, which he handles in a heavy-handed and maudlin manner. He also tries to posture and embellish his swagger, but his rhymes too often sound like Jay-Z retreads for this to be convincing.

Pop music, and especially hip-hop, needs to loosen up. An artist should not feel the need to "grow up" by breaking away from a good-time vibe. Perhaps if Wale had heeded this message, "Attention Deficit" could have been something a bit more grabbing.

I'm doomed to even complain about this because complaining about the recommendation that Hip Hop, in particular, "needs to loosen up," invites the observation that I, in particular, need to loosen up. If, however, some enterprising grad student in cultural anthropology ever gets around to making an annotated version of "Stuff White People Like," he or she will definitely be able to cite this article as a primary source supporting Christian Lander's tounge-in-cheek observations about the relationship between white people and Hip Hop. See: 1.) http://stuffwhitepeoplelike.com/2008/11/18/116-black-music-that-black-people-dont-listen-to-anymore/ ; 2.) http://stuffwhitepeoplelike.com/2008/02/05/guest-column-top-ten-songs-white-people-love/ (linking to http://www.catsandbeer.com/music/the-top-10-rap-songs-white-people-love ) ; 3. ) http://stuffwhitepeoplelike.com/2008/02/17/69-mos-def/ . See, also, http://www.avclub.com/articles/christian-lander,14296/ Now, I don't believe the "real hip-hop=political hip-hop" mythology. (See http://www.hiphopmusic.com/archives/000673.html) Furthermore, Hip Hop is not monolithic and I like a rap ecosystem that has people making widely divergent things. Nonetheless, let's be cognizant of Hip Hop's broader social context. As Bell Hooks explains, the capitalist superstructure to which Hip Hop is tied puts a distinct economic pressure for the rational, self-interested hip hop artist to produce misogynistic and violent fantasies (fake gangster rap) and/or airheaded minstrelsy. (See http://www.youtube.com/watch?v=Xtoanes_L_g ) Given this context, the last thing Hip Hop, in particular, of all the forms of modern music, needs to do is "loosen up." What also chaps me about this review is, consistent with both Hooks and Ladner's observations about bourgeois white consumption of hip hop, this review appears to follow the depressing trend of white consumers of hip hop to find hip hop worthy of consumption only when it is discussing nothing (literally discussing nothing in Rob's positively referring to Wale's famed use of Seinfeld). These consumers who love the artist when he talks nothing then oddly dismiss the artist when the artist moves to something with substance. I respect the right to conclude that a given artist failed saying something "deep" (I have sat through enough bad poetry jams to honor that). I am just suspect of that conclusion here, both for the forgoing reasons and also the lack of quotes showing Wale's lackluster flow or links so I can judge for myself. The broad faced order telling Hip Hop as a whole to loosen up doesn't make me want to be generous to Rob. Telling hip hop to loosen up is just as nonsensical and offensive as telling Morrissey, the Emo kids, twihards or the grime kids to loosen up. Lastly, the position that hip hop needs to loosen up is, I believe, a critically uninformed position. There are plenty of artists right now making music that is fun and danceable (Did Rob not do the Rickey Bobby or the Stanky Leg?). Even better, there are a ton of artists in the game today who are deep, brilliant, fun, different and not a caricature (from Devon the Dude to MadVillain & almost everybody else on Stones Throw Records). Hip Hop is more than sufficiently loose even if Wale isn't.