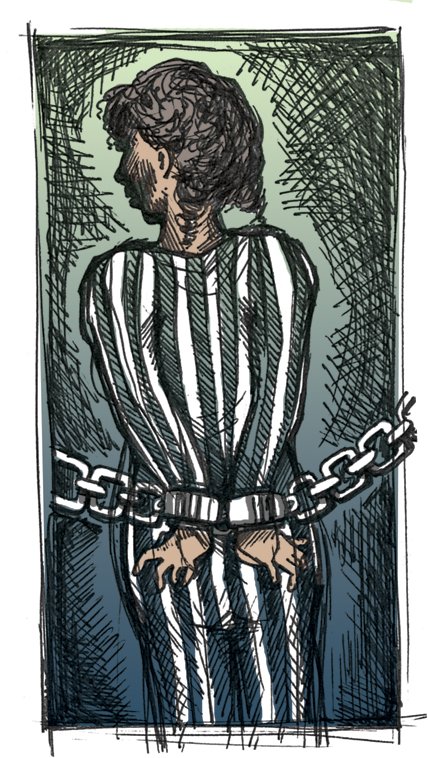 Mississippi is wasting time and money in its attempt to bring the decrepit Oakley Juvenile Training School up to humane, livable standards. Calling large-scale, centralized juvenile facilities ineffective, Bear Atwood, director of the Mississippi Youth Justice Project, is advocating for the state to close Oakley permanently in favor of small community-based programs.

"All the research shows that caring for children in small caring facilities has much better outcomes," Atwood said, adding that Oakley is based on "a bad model, and it's being badly implemented."

The state currently houses 91 juvenile offenders at Oakley, located in Raymond, and is under court order to improve the facility and the services it provides. In 2003, the U.S. Department of Justice conducted an investigation of Oakley and the now-closed Columbia Training School in response to three federal lawsuits alleging abuses ranging from staff forcing students to eat their own vomit, to hog-tying students and leaving them naked in dark cells for days at a time. The DOJ successfully sued Mississippi to correct the brutal treatment of inmates and the deplorable conditions of the facilities in 2005, and worked with the Mississippi Department of Human Services to devise and implement a plan of action.

The state has made incremental improvements, and has extended the original compliance deadline by a year, from May 2009 to May 2010. Nearly four years later, the ninth monitor's report, filed Nov. 12, states that Oakley is in substantial compliance with only 16 percent of the consent decree.

"An enormous amount of work remains," the report states, "and if the state is to reach substantial compliance by May 2010, progress must be accelerated."

While medical and dental services have improved, MDHS has implemented almost none of the provisions categorized under protection from harm, suicide prevention, or mental health and rehabilitative services. The state is in substantial compliance with half of the special education provisions and none of the quality assurance provisions.

Under the heading of protection from harm, monitor Leonard Dixon found the physical condition of the inmate cottages remains unacceptable.

"During my walk through of the facility, I found there are still holes in the walls, ceilings and the doors of the cottages," he wrote. Dixon reported that the facilities need major repairs and cleaning, and that the furniture is in "very poor condition." Street lights that he had earlier reported were still out, representing a danger to both staff and youth.

Dixon also wrote that the staff is not properly supervising the youths as evidenced by "serious amounts of stealing, bullying, threatening and other abusive behavior in the facility as well as gang related incidents that must be addressed." Several grievances filed by the youth also indicate that staffers use profanity, name calling and threats.

In addition to verbal abuse, staff at the Oakley school continue to exhibit little consideration for the youths' safety, which "encourages a culture in which youth become afraid and instinctively resort to violence as a means of self-protection," Dixon wrote. "It is very disappointing that little has changed with such a vital issue of safety assurance," he added.

Suicide prevention also continues to be a problem for Oakley. Monitor Lindsay Hayes documented several examples where documentation of the youth's mental health and suicide assessments were inadequate or missing, indicating "lack of communication between psychiatric and psychology staff  (and) no justification for continuing, downgrading, or discontinuing suicide precautions, no treatment planning, inadequate follow-up services," among other problems, she wrote.

Despite the presence of a new executive director at MDHS, Atwood believes most of the problems at Oakley are intractable with the current school leadership and staff.

"It really is time for us to think about the best way to provide cost-effective rehabilitation that will return kids to communities as productive members," Atwood said.

She added communities could well serve most of the kids at Oakley at a cost of $25 to $50 a day, as opposed to more than $200 a day at a training school. MDHS and the Department of Mental Health could work together to pool their resources providing better and less costly services than those of the Oakley school.

"That would be the first stepto reinvest our money in quality programming in the community," Atwood said.

ID
141057
Comment
thought provoking... who in Jackson is advocating that we keep this horrible place open - its clear that its not working - are there any success stories? Someone must be behind the scenes lobbying to keep Oakley open, or do we not have enough bright smart minds at MDHS to come up with an alternative.
Author
lanier77
Date
2008-12-01T09:44:11-06:00