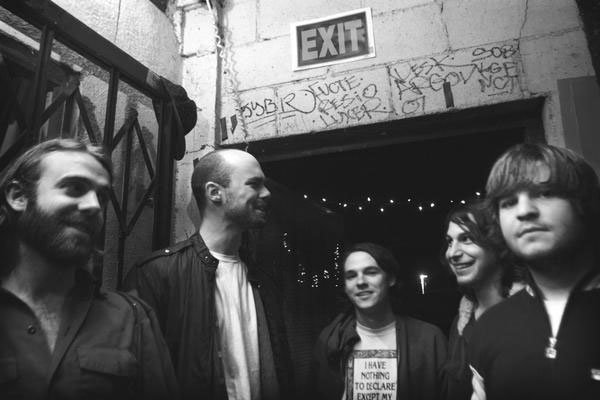 Colour Revolt's debut LP, "Plunder, Beg, and Curse," is the product of a precociously mature band, a group with a distinctive and unique sound who is willing to take on heavy themes. Much of the album is imbued with a brooding, apocalyptic mood, where primal, discordant screams serve as track closers to troubled, searching verses. But "Plunder, Beg, and Curse" is also capable of moments of great beauty—poetic and simple—building into lush harmonies with just a tinge of sadness.

Temptation, God, demons and love are clearly big themes for the band, and their lyrics are scattered with literary and biblical imagery. "A Siren" seems to link the siren of Homer's "The Odyssey" and the biblical story of forbidden fruit to the seeming ubiquity of modern-day temptation: "She's a siren from that tree/She says, ‘Come on babe you want to eat?'/ ... We want it all. /Cause everybody's in that sea."

The album incorporates a range of disparate styles—from blues to punk, and brit rock to metal—into Colour Revolt's three-guitar set-up, resulting in a never-ending stream of ideas. The multiple subjectivities engender a dense and nuanced core, but sometimes song bridges and codas feel gratuitous and discontinuous. Lead Singer Jesse Copenhager has that particularly seductive brand of whiskey-and-cigarettes masculine voice, but with a clarity and power despite its guttural tendencies.

The lead track, "Naked and Red," successfully merges multiple guitar perspectives, joining a lilting melody, angular harmony and flickering accessorial guitar into a spiritually conflicted, searching track. "A Siren" slows into a more sinister stance, but with a mesmerizing aimlessness. Unfortunately, both "Naked and Red" and "A Siren" end with harsh, discordant codas that lack a real connection to the song and seem inauthentically affected. In contrast, "Elegant View" posits a beautiful yet sad languor, and "See It" and "Innocent and All" translate introspective musings into atmospheric brit-rock resplendence. Colour Revolt is less successful with blues-influenced tracks like "Ageless Everytime" and "Swamp," which lack the focus and conviction of their British-styled counterparts.

Despite a few instances of carelessness and indulgence, "Plunder, Beg, and Curse" is a remarkably solid and thematically dense album. Colour Revolt is a brave band, who will make a name for themselves by their willingness to risk sounding dark, inaccessible and ugly. Their reward is an album that will be remembered long after the fads and hooks fade away.