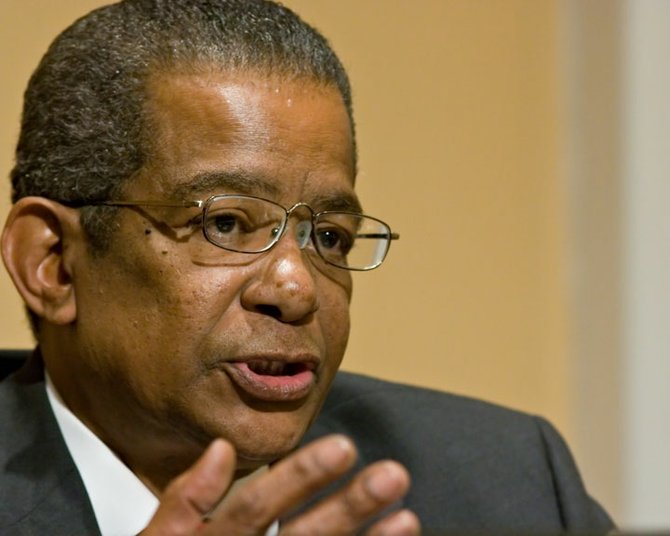 Melton wanted to finance half his roughly $1.2 million plan by diverting money borrowed to pay for tornado cleanup work. The mayor then opted to take the money entirely from reserve funds after learning the loan diversion was illegal. The city's budget reserves are currently $7.3 million, but Melton's plan would have reduced that to $6.1 million, according to Administration Director Rick Hill.

Melton proposed replenishing the fund by raiding the Jackson Redevelopment Authority, a quasi-governmental body that arranges the purchase of land inside city limits for city and private development. Most of the money JRA makes goes to pay off mortgages accrued over the years from purchases like the King Edward Hotel and the Standard Life Building. Melton also proposed diverting a portion of a $1.8 million payment from the city of Ridgeland for water and sewer construction into the summer job program.

Ward 1 Councilman Jeff Weill was alarmed at the plan's spontaneity and lack of thought. "Why are we just finding out about this program, which will cost almost as much as our (street) resurfacing budget in 2008? Why are we just getting notice of it?" he asked last Tuesday.

Melton had announced the 900-employee plan after an overwhelming number of young people responded to a summer employment meeting at the Greater Tree of Life Baptist Church over the previous weekend. He told council members before the vote that he had delayed the announcement because he "had to get a feel from the young people and their parents." He said a few minutes later, however, that he held off telling them because he didn't want to give political enemies the chance to pick the plan apart.

"I'm not going to apologize, because as soon as you put stuff out there, people will begin to try to destroy everything you're trying to do," he said.

After the council's 3-to-3 decision to ax the summer job expansion, Melton said he would push for a $1.5 million tax cut, even though the city has fought to make ends meet at the end of every budget cycle for the last five years and already can not retain police officers due to low pay and attrition.

Weill said he might approve the tax decrease, and could join Melton's three supporters, Ward 3 Councilman Kenneth Stokes, Ward 4's Frank Bluntson and Ward 5's Charles Tillman in backing the idea. If the decrease becomes a reality, the $1.5 million whack from city coffers would save the owner of a $150,000 home about $30 a year.

Assistant Chief Administration Officer Goldia Revies said the city is plowing ahead with drug testing and application processing to fill about 70 vacancies in Public Works. Melton told reporters last week that he was looking to temporarily fill the jobsmany of them vacant for years due to budget constraintswith part-time summer workers.

Revies said MEA medical clinics are conducting the drug testing and that the city is financing the tests through money the City Council allotted at the beginning of the budget cycle. Hill said the council budgeted $9,421 for the $35 tests. The city has spent $2,330, leaving $7,091 in the fund.

Revies said many of the positions will involve various degrees of paper shuffling.

"We're not talking about jobs requiring certified skills. We need paper picked up prior to mowing and some inside jobs, such as filing and compiling information, researching information. This money was already budgeted. If you have a position that has not been filled for a while, it will not take us over budget or hamper us from finding full-time employees for these positions," Revies said.

Revies said the city will screen applicants for businesses willing to hire young people, though she could not confirm if the city would pay for drug tests for youth seeking jobs in the private sector.

Melton dared the council to stop him from filling the positions. "They could put themselves in some very dangerous positions legally," he told The Clarion-Ledger, if the council began selectively voting on payroll.

Crisler said he feared the council could open itself to lawsuits if it does nothing.

The council cannot stop the administration from filling the positions, though a majority of the council could decide not to pay the new employees after the hiring.

"It might make some enemies, but at the end of the day, this may not be a legally authorized payment by either our statutes or the state statutes. It may not be a popular move, but I'm not going to court to be popular," Crisler said.

Why do I read this stuff just so I can get a headache? Ugh!

If the city follows the established employment practices, laws and statutes, then I guess this move to put students on city payroll is legal, not smart, but legal. I can't ever figure Weill out - he seems to waver on point alot. Apparently he's a Republican if he supports this latest move to reduce taxes. Can I afford to stay in Jackson, because surely a reduction in taxes signals a reduction in critical services. Can Weill then explain to me why he would vote to support a last minute, vindicative and senseless tax decrease.

I had him pegged as a Melton flunkie, myself. Pretty much rendered Ward One voiceless, in my opinion.

Melton is a good mayor who cares about the chiluns. Down with the council.

As usual, Walt misses the point.

What point do you refer to, Sir? At least I'm not missing the 20th century, as usual. Thanks for your commentary, Mr. Iron. I really enjoy it.

Keep it up, Walt. Donna will have you out yet.

What a waste of time and effort you are, Iron. You tell me I'm missing the point; I ask you what point; you don't answer the question or state the point, because, as usual, you don't have any point, except to irk me. I guess you think you can't be run off, too. Unlike you, I have a life beyond this blog. "When you live in a glass house don't throw no stones."

Right, Walt. Since you're being silly and not rational, and since I've got a spare second, I'll elaborate for you. Melton can not simply steal money from one project to pay for his own projects. If it's not budgeted, it can't happen. He knew the council would have shot it down, so he waited until the last minute and yanked the funding together. Too bad people like yourself keep covering up for him, Walt.

Iron, I'm not covering for him. I don't know anyone who has badmouthed Frank as much as I have except Donna, and I'm not sure she would call it badmouthing. I can't say anything about him I haven't already said. Everyone including Frank (but excepting you) knows I'm not a fan of Frank's work as mayor. I'm a fan of the chiluns though and despite his haphazard way of helping them I applaud his giving them jobs as long as it doesn't bankrupt the city.