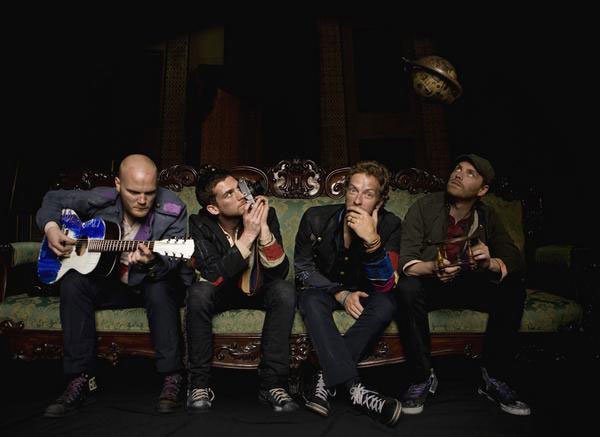 In 1994, at the height of grunge mania, Bush released its debut record "Sixteen Stone." Grunge fans ate it up and made the record go multi-platinum despite the band taking heat from critics for being just another Nirvana knock-off. When it came time to release its follow-up record, rather than try to carve its own niche in the '90s sound- as, say, fellow grunge act Pearl Jam was on their way to doing- it chose to enlist Steve Albini, Nirvana's producer on "In Utero" and pushed full speed ahead formulaically. As a result, the band's sophomore album, "Razorblade Suitcase," turned out to be a critical and commercial flop. Bush has fallen by the wayside while Pearl Jam still sells out arenas.

Coldplay has reached this juncture. The band came onto the scene with 2000's "Parachutes," displaying a sound reminiscent to "Siamese Dream" era Smashing Pumpkins. Then, in 2002, came "A Rush of Blood to the Head" which established the band's potential as an iconic act. The lead single off the album, "In My Place," remains one of the best singles of the past decade. Coldplay's third effort, "X&Y," though over-bloated, proved the band was indeed evolving musically, albeit slowly, and was here to stay.

The main thing that Coldplay has been able to do consistently, which is not recognized nearly enough, is write and perform intricately orchestrated, instrumentally overpowering songs (their songs routinely have a litany of string instruments) without overdoing it. Many have compared the group to U2 largely because of this reason and indeed, it's becoming an increasingly apt assessment.

So when it came time to pick a producer for "Viva La Vida," like Bush, the band members had two choices. Either conform to what people want Coldplay to be; or put out something that will allow their name to stand alone. The group chose the former by enlisting U2's longtime producer Brian Eno, and as a result, have its most U2 sounding record to date.

Even the opening bars of the first song of the record, "Life in Technicolor," bear a striking resemblance to the opening bars of U2's classic "Pride (In the Name of Love)." The lead single off the record, "Viva La Vida," despite being a great pop single, has an opening flagrantly lifted from U2's "Beautiful Day." Guitarist Jonny Buckland sounds as though he is morphing more and more into The Edge from U2.

The band has for the most part shortened the songs since "X&Y," which is much appreciated. The album features three six-plus minute opuses, which unfortunately leave the listener wishing they could have trimmed a minute or two off the running time.

"Viva La Vida" does have its bright spots. The title track is one of the strongest the band has recorded yet. In "42," the act manages to make a four-minute epic, which is equally, if not more impressive, than a seven-minute one. The instrumentation remains fascinating, and the album features a solid instrumental track.

While "Viva La Vida" is by no means a "Razorblade Suitcase"-esque debacle, it still leaves you a little frustrated. Coldplay seems to be unwilling to separate too far from the sound that brought such early success. As a result, the classic album that will lift them into musical immortality continues to elude them. Hopefully that album comes soon. A lot of us are getting impatient.