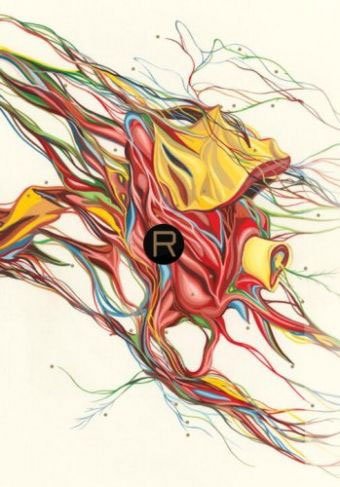 One approaches a Chuck Palahniuk novel with a certain set of expectations. The author of "Fight Club" (which led to a blockbuster film) and the critically acclaimed "Survivor," Palahniuk commonly employs violence, sexuality and profanity in his novels, while his stories generally revolve around modernity, requisite evils of contemporary society and the supernatural or miraculous.

Recently released in paperback, "Rant," (Doubleday, 2007, $13.95) covers well-tred territory, but its unique style might cause some former Palahniuk loathers to reconsider their derision. The book is written in the voices of each characterall except the deceased protagonist Buster "Rant" Caseyand stylistically resembles a series of interconnected soliloquies. The author switches between different characters' stories without adding narrative voice or overarching description to ground the book. By essentially taking himself out of the novel, Palahniuk projects the novel's sentiments onto the characters themselves, achieving a more balanced perspective through its list of revelers, priests, scholars, teachers and public officials. And by relegating the philosophical screeds to a few choice characters, he manages to keep his normally proselytizing slant seemingly contained to the story.

In addition to tempering some of Palahniuk's more extreme tendencies, "Rant" is an engaging and suspenseful, if undeniably weird novel. Though it employs the popular style of opening with the death of its protagonist, the book's objective is quite different than traditional mysteries. Rather than striving for a precise cause of death, each character in the novel offers their own opinion for Rant's death without a clear slant toward any one theory. This method expands, rather than narrows, the possibilities for the event's origins.

The book's real mystery is uncovering the secrets behind Palahniuk's elaborately crafted fictional society. In the beginning, the reader is flooded with information and phrases that have no immediately discernible translation in contemporary vernacular. Expressions like "boosting," "nighttimer" and "party crashing" at first seem empty or just added to fulfill the author's eccentricity quotient, but they actually provide a conceptual framework for understanding the society's distinct character. After some of the concepts coalesce, they begin to demonstrate metaphorical properties for the reader, serving as a slightly distorted reflection of contemporary ailments like complacency, addiction and commodity. But by remaining metaphorical, the book's more critical concepts seem merely intellectually curious instead of dystopic.

While "Rant" is less shocking than other Palahniuk novels, it contains a cabal of eccentrics and a zeal for the outrageous. The protagonist, Rant, is one of the book's most intriguing yet elusive characters. He possesses a roguish country charm that almost absolves his many reprehensible behaviors, such as wittingly infecting multiple boys and girls with rabies and willfully attracting venomous snakebites and other animal attacks. Some of the more conservative characters of the book depict him as a sociopath, while others view him as a martyr or cult hero. Another central character, Echo Lawrence, was in a car accident during her youth, resulting in multiple deformities and the paralysis of half of her face. She pursues equally wild behavior and supports herself through prostitution.

My favorite characters are a bit tangential to the story, but the humorous addendum they provide more than makes up for their irrelevance to the story's progression. The Gardeners, whose teenage goth daughter died of rabies contracted from her pet bat, look back bemusedly on the correlations between goth expression and rabies symptom progression. And, however inappropriate jokes about funerals may be, Sean Gardner's description of the service was the funniest part of the novel: "It's different when you bury a goth child. Yes, it's still heartbreaking, only it doesn't look as bad. Actually, our Margot looked betterwell, healthierthan she did before she got sick. The viewing, with all of them dressed up and so somber, it looked like her junior prom. But no one was dancing, or smiling or laughing. Everyone gloomy and dressed in black. Okay, it looked exactly like her junior prom."

By creating expression outside of traditional dialogue, Palahniuk engenders a more expansive understanding of his characters. Their immediacy to the reader allows for a greater connection than occurs with most novel characters. Non sequiturs from academics and a habitually interjecting traffic report feel like post-modern affectationspredominantly tangential and always disrupting but for the most part, the jumping speeches flow smoothly to create a rich story line and nuanced characters. Though "Rant" lacks the focus of more acclaimed Palahniuk novels, it's a strong novel both engaging and intellectually provocative. And, it wasn't about slavery.