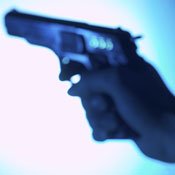 Jackson's crime rate put Mississippi's capital city at the No. 23 spot of 385 U.S. cities, according to "City Crime Rankings, 2008-2009," released by the CQ Press earlier this month. The city's ranking puts it in a better light than New Orleans, which had the highest crime rate, followed by Camden, N.J., Detroit, St. Louis, Oakland, Calif., and 17 other U.S. cities.

CQ Press is a division of SAGE Publications in Washington, D.C., and it produced the rankings using the FBI's "Crime in the United States," which the bureau makes available every fall for the previous year, based on its Uniform Crime Reporting program.

At the other end of the spectrum, the city with the lowest crime rate was Ramapo, N.Y., which reported 64 violent crimes in 2007 (0 murders, 1 rape, 13 robberies and 50 aggravated assaults), followed by Mission Viejo, Calif.; O'Fallon, Mo.; Newton, Mass.; and Brick Township, N.J.