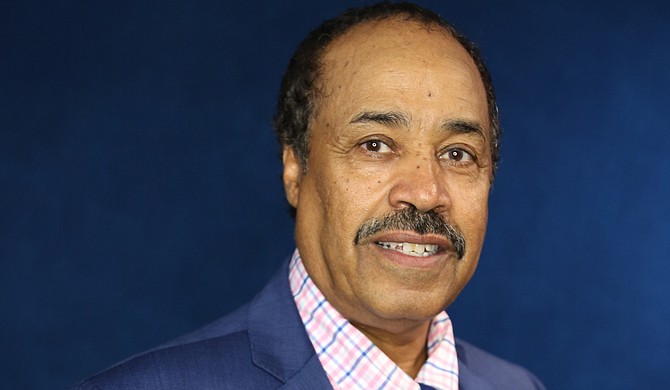 Dr. Girmay Berhie, dean of the Jackson State University College of Health Sciences, is overseeing the launch of the university's new Digital Tele-Health Hub, whose goal is to address health disparities among African Americans in Jackson, especially in regard to the coronavirus and its variants. Photo courtesy JSU

Dr. Girmay Berhie, dean of the Jackson State University College of Health Sciences since 2019, is currently overseeing the launch of the university's new Digital Tele-Health Hub. The goal of the project, Berhie says, is to address health disparities among African Americans in Jackson, especially in regard to the coronavirus and its variants.

As dean, Berhie is responsible for managing the daily activities of the College of Health Sciences and engaging with JSU's stakeholders. Addressing vaccine hesitancy, especially in the African American community, has also been a dominant focus of the past two years, Berhie says.

"The Digital Tele-Health Hub project arose because health disparity is such a critical issue in Jackson, especially after all that has happened during the pandemic," Berhie says. "I realized the need to build trust while ensuring privacy within the African American community, and I believe telehealth is the key to addressing those needs. It is important that JSU harnesses emerging technology to address issues of health equity."

The project is the result of a collaboration with the city of Jackson, the World Economic Forum and the Scripps Research Translational Institute. The W.K. Kellogg Foundation funded the project's launch with a $700,000 grant.

JSU's Digital Tele-Health Hub aims to raise awareness of social and health challenges and improve health outcomes for communities of color. One goal of the project is to investigate the effectiveness of wearable devices in detecting COVID-19 among African Americans in Jackson or augmenting existing data in the Jackson Heart Study. JSU researchers will also conduct individual interviews, focus groups, town halls and other research methods to study factors that determine health outcomes and the adoption of digital health technologies.

"When I came to JSU, I promised to help give our students the skills and knowledge they need to compete in a digital environment," Berhie says. "I intend to build up a public health information technology database here and am working on bringing in $10 million in grants to make that happen. My goal is to help mature both the students and faculty here and help them work together with the Chamber of Commerce and the Department of Health to be part of a larger development."

Berhie was born in Ethiopia and received his bachelor's degree in social science from Addis Ababa University there before immigrating to the United States. He settled in St. Louis, Mo., and enrolled at St. Louis University, where he received a master's degree in information systems and a doctorate in public policy analysis.

After graduating, Berhie spent a year working as a teacher in St. Louis before taking a job with Marshall University in Huntington, W.V. He taught courses on health informatics, data analysis and electronic health records at MU for 27 years before taking on his current position with JSU in 2019.

"I came to JSU because I have long had a dream of working with a historically Black college or university to develop a program just like this one," Berhie says. "I believe that to truly make a difference, we need digital tele-health programs not just here but statewide and throughout the country for the sake of people such as Mississippi Delta residents who need a cheaper and easier way to get the care and service they need.

"Another reason this is so critical is because we need to prepare our children to compete in a digital environment. It is more important than ever to adapt to growing technology in the workforce, and we need to give them all the knowledge and skill they will need to make that happen."