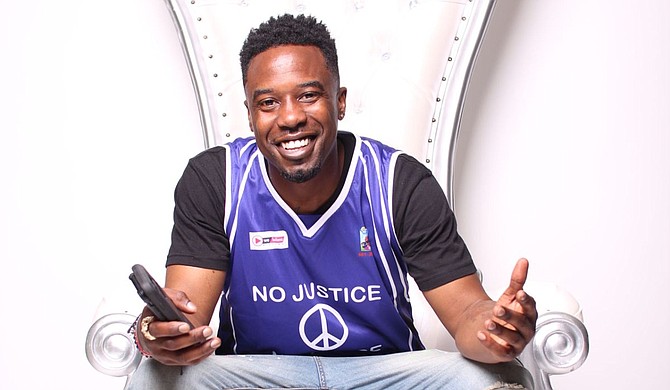 Hopkins launched KCU in 2014 together with David King and Sherman Amos. By 2015, the mentoring group had enough members to organize a basketball team for the participants, which came to be called the KCU Panthers, with King and Amos acting as the head and assistant coach for the team. KCU also organized the Panther's Trail program, in which mentors would visit students after class or during lunch at their schools to keep apprised of their studies throughout the school year.

In 2016, Bates Elementary School in Jackson contacted Hopkins and asked KCU to assist with the school's Gents Program, which conducted lunchtime mentorship groups similar to KCU's own work. After becoming involved with the Gents Program, Hopkins decided to bring his basketball program to Bates as well, hosting "basketball clinics" that served as both mentorship meetings and a chance for players to review their drills with their teammates.

"When local principals and school leaders started hearing about the work KCU was doing with Bates, we started getting invitations from all around to work with other basketball and football programs," Hopkins says. "Before long we were holding basketball clinics and organizing mentorship activities at Gary Road Elementary School, Oak Forest Elementary School, Thomas Cardozo Middle School and plenty of other places.

"As part of KCU, I visit students in their classrooms and spend maybe an hour or so after school with them. My goal is to be a force of reason for them that bridges the gap between students and teachers. I make sure to explain to them how hard a job being a teacher is and get them to understand everything their teachers do for them to help form positive relationships."

In addition to basketball camps and mentorship meetings, KCU organizes community cleanup events in South Jackson roughly three times per year, in which students gather to pick up trash in their neighborhoods. The organization also conducts an annual Christmas charity event in which students help donate shoes to Stewpot Community Services for people in need.

Hopkins grew up in Jackson and attended Forest Hill High School, where he played for the Jackson Panthers basketball team. It was there that he met the man who became his own mentor, the late Chokwe Lumumba Sr., the former mayor of Jackson who was serving as the Panthers' coach at the time.

"Coach Lumumba was a great mentor who was always too generous to my family and everyone else," Hopkins says. "I remember one day I thanked him and asked him what I could do to repay him, and he said he wanted me to promise that when I grew up I would love my people and my community the way I saw him do. His eventual passing had a tremendous emotional impact on me, and I didn't know what to do at the time. Starting this mentoring group was what helped to move on. I named the KCU Panthers after the team he coached as a way to keep him in my heart and honor him for inspiring me to start a mentor group of my own.

"In addition to Coach Lumumba for all the inspiration and mentorship he gave me, I am also thankful to David King and Sherman Amos, who have been with me since day one. Everything these past seven years wouldn't have been possible without them. Rarely do you ever find someone who shares your vision with a passion the way they do."

After graduating from Forest Hill, Hopkins attended Copiah-Lincoln Community College in Wesson, Miss., before enrolling at Jackson State University, where he received a bachelor's degree in physical education in 2010.