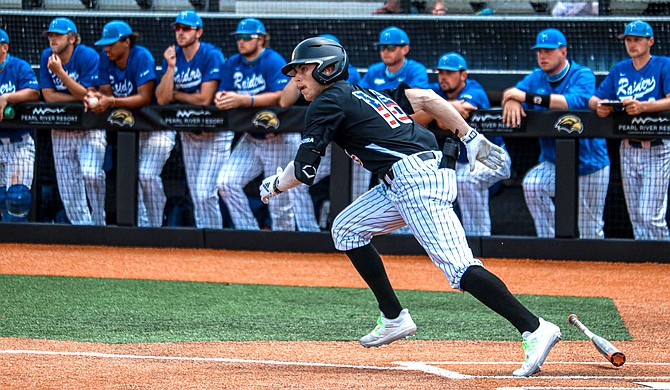 The University of Southern Mississippi enters the Conference USA Baseball Tournament as the third seed. USM starts the tournament against Western Kentucky University in the double-elimination tournament.

The Golden Eagles are likely to start C-USA Pitcher of the Year Walker Powell in the opening game. While great pitching is always key to going deep into the postseason but it helps if the offense is just as good at the plate.

USM freshman outfielder Reed Trimble will be one of the key players for the Golden Eagles in this tournament and the NCAA Tournament. In his first full season with Southern Miss, Trimble was named All C-USA First-Team and C-USA All-Freshman Team.

The Brandon, Miss., native leads the team in slugging percentage, runs scored, RBI, triples, home runs, and total bases with 119. He is second in hits and doubles and is third in batting average.

In C-USA, Trimble is second in RBI, he is third in slugging percentage and home runs, he is seventh in runs scored and ninth in stolen bases. Trimble is enjoying major success in his first full season at USM.

Last season, Trimble played in 11 games and started 10 of those games. He had a .275 batting average with 12 RBI, two doubles and a home run—that is before COVID-19 forced the shutdown of the season.

The outcome of the tournament will leave USM waiting to find out their postseason fate. A deep run or conference title could help the Golden Eagles host a regional. An early exit would mean they would end up in a much tougher regional.