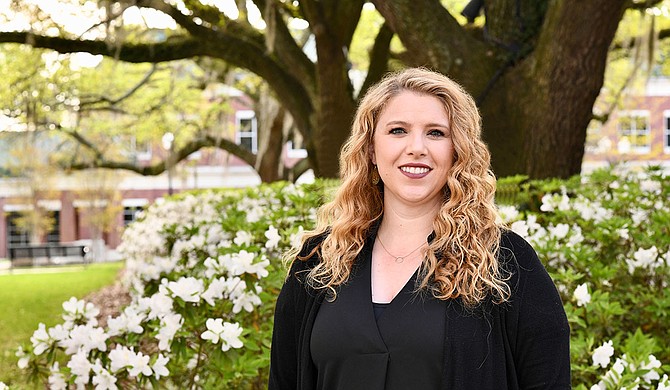 Belhaven University recently appointed Madison native Shelley Smith, who has served as assistant to the president for coronavirus management since December 2020, to vice president for student development.

In her new position, Smith will be responsible for residence life, student leadership, student organizations, chapel administration, student housing, dining services, campus events and orientation. She will also serve as a member of the Belhaven administrative team and continue overseeing the university's COVID-19 Testing Center in the coming fall semester if needed.

Belhaven initially hired Smith for a short-term position at the testing center at the recommendation of Provost Brad Smith and other professors in the university's chemistry department, Smith says.

"Back in November 2020 Belhaven, had been discussing how to be better stewards for the money that the federal government gave to the university for COVID-19 testing, especially for student athletes," Smith says. "They had been outsourcing their testing several times per week, which was costly, and wanted to do it on campus instead. When it became clear that the positive rates at the time were high, they started discussing testing the whole campus and hired me to set up their lab for analysis, train the staff and make protocol decisions."

Belhaven opened its COVID-19 Testing Center on Jan. 4, 2021, when students began returning to campus for the spring semester. As head of the testing center, Smith moved to begin focusing only on testing asymptomatic students and isolate any positives discovered, while sending anyone showing symptoms to medical facilities. Under her leadership, Belhaven managed to keep its infection rate at below half percent—a calculation of the number of positives versus the average number of students on campus—for the semester.

Smith was born in Jayess, Miss., and graduated from Laurence County High School before enrolling at Mississippi College, where she earned a bachelor's degree in chemistry in 1998 and a master's degree in the same subject in 2003. She completed her post-graduate classes at the University of Southern Mississippi and later earned a doctorate in theoretical and quantum chemistry at Jackson State University in 2012.

"My high school chemistry teacher, James Oceanrider, was the person who first truly made me consider chemistry as a career," Smith says. "I already loved math and science and came to regard chemistry as a combination of both of those. Mr. Oceanrider helped me see that and gain a deeper understanding of the subject through his animated teaching style."

After graduating from MC, Smith taught at Copiah-Lincoln Community College as an instructor of organic and inorganic chemistry from 2003 to 2014. She taught chemistry and biochemistry as an associate professor at Mississippi College from 2014 to 2019. Before coming to Belhaven, Smith also served as the research and insights technical development projects manager and product regulations supervisor at Ergon Inc.

In addition to her work with Belhaven, Smith serves as state secretary for the Mississippi branch of the American Chemistry Society. She is also the pianist, discipleship training teacher, and prayer text ministry director at her church, Topeka Baptist. Smith plays the piano, organ, flute and piccolo and sings with her siblings in a gospel quartet called “The Smith’s.”