8,000 in Hinds County Still Without Power Since Tuesday Tornado, Storms 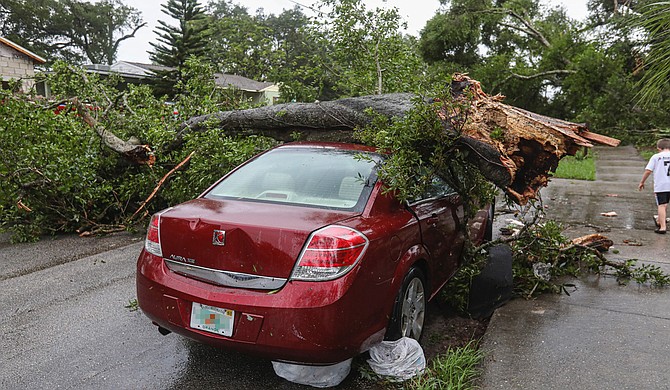 After a weekend without clean water, Jackson residents had to endure a fierce tornadic storm on Tuesday that left destruction and power outages in its wake. Photo courtesy Unsplash

Hinds County still had 8,000 power outages as of noon, with more than 1,800 in Madison County and 118 in Rankin County as a result of Tuesday’s tornado and storms. Entergy said the majority of customers should have power returned by tonight, while hardest-hit areas could remain powerless until Friday.

As of 6 p.m. Wednesday evening, Entergy estimated that 26,000 of its 80,000 affected customers throughout Mississippi were without power, but that number had dropped to 17,000 by noon today. Most of these affected customers are spread throughout Copiah, Hinds, Madison, Rankin and Warren Counties, which Entergy says are areas “hit hardest by the storm.” Tuesday’s storms caused over 80,000 power outages across the state and at least three deaths across the South, while hundreds of thousands were left without power.

The dangerous storms ripped through Jackson on Tuesday afternoon, with battering winds up to 80 miles per hour and driving rain. WLBT footage shows storms and tornadic activity along a busy Lakeland Drive intersection as heavy traffic, including a school bus, tries to maneuver just as the tornadic storm passed through that area of Jackson.

After a weekend with no clean water, the storm downed trees across the Jackson metro, with falling trunks and branches striking some homes across the city. Jacksonians posted pictures across social media of splintered trees and blocked-off roadways.

“Tornadoes, high winds, thunderstorms, and lightning resulted in damage to our systems, affecting transmission lines, substations and distribution lines and equipment,” reads a statement from Entergy on Tuesday. “After a storm, it could take up to three days of our scouts assessing damage before we will know how long it will take to restore everyone’s power.”

The tornadic storm is the second this week to affect parts of the state. Tornados and hail hit parts of Yazoo County on Sunday, causing major home damage and power outages before moving further northeast with damage in Tupelo and other area.

Tuesday’s storm struck as President Joe Biden issued a disaster declaration for Mississippi following February’s ice storm, which paves the way for federal relief funding to reach every county listed in the declaration.