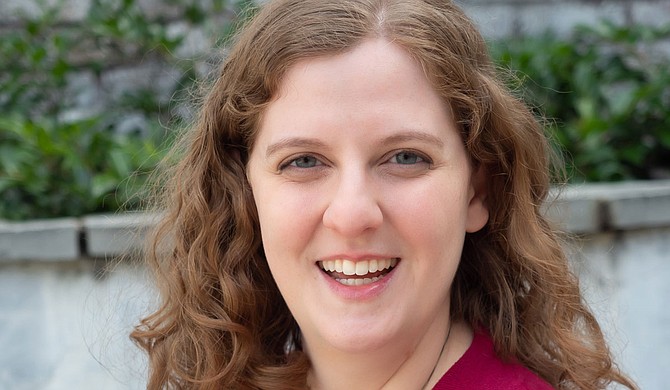 Susan Farris' debut novel, cleverly set over a period of three days, allows readers to witness the deaths and subsequent resurrections of the long-diseased relationships in the Matins family, which take center stage in "The Gravedigger's Guild" following the death of its matriarch, Alice Matins.

The book opens on the evening of Alice's wake, which causes quite the stir at the Chapel of the Cross in Madison, Miss. The titular gravedigger's guild has realized that Alice's burial plot is unsuitable for digging. Alice's older daughter, Maggy, is driving in from New York, full of sorrow over a recently ended relationship and her firing from her job as a fashion editor. Alice's younger daughter, Quinn, is raising five children and has a husband with a secret that might wreck their marriage and their finances. 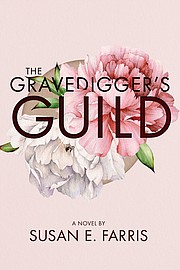 “The Gravedigger’s Guild” released on Feb. 28, 2021. In the novel, a family deals with their interpersonal issues following the death of its matriarch. Photo courtesy Pete Farris

All of this suffering, however, is compounded by the fact that Quinn and Maggy haven't spoken in 16 years, with each blaming the other for the shattering of the relationship. Alice has acted as the family's glue for the better part of two decades, ferrying messages between the sisters and making sure both Quinn and Maggy felt that they had a champion in their mother. The one thing she could not shield them from was the fallout from her death, which both sisters, despite being grown women with careers and families, seem ill-equipped to handle.

For me, this gave rise to the novel's dual weakness and strength: the unlikeability of the two protagonists. Both Maggy and Quinn are emotionally inept, fumbling through their personal relationships with a seeming inability to manage their familial affairs without coming to blows (mostly verbal, though one sister did actually hit the other near the end of the novel). The two women are steeped in a selfish stew of their own brewing from which they seem unable to escape, even when the parishioners of the Chapel of the Cross (and its attractive priest, whom the author and the townspeople were quick to pair with the freshly single Maggy) look on in dismay.

The sheer unpalatability of Maggy and Quinn allows the reader to focus on the novel's neatly structured plot and strong narration. At times, I felt like one of the clucking "church ladies" of the novel, shaking my head at the antics of the Matins sisters while still remaining wholly invested in their problems and how they intermingle. Maggy needs to overcome her resentment toward Quinn, who slept with Maggy's boyfriend while the duo were still in college. Quinn needs to bridle her bitterness toward Maggy, who moved away to New York rather than confront her sister with her feelings when Quinn became pregnant with Maggy's then-boyfriend's child.

This is further complicated by the fact that Maggy's old flame is still in the picture as Quinn's now-husband. He is as unlikeable as the sisters, refusing to confront his role in their feud while also scheming to cover up his mismanagement of the couple's finances.

Farris, however, does not allow any of her characters to remain irredeemable, often leaning on the inherent religiosity of the novel to support the characters' journey toward selflessness. None of them seem to ever totally arrive, which is satisfying in its own way, as readers are constantly reminded that there is too much "water under the bridge" for the characters and their relationships to emerge entirely unscathed.

Water is, after all, an important symbolic element in the novel, as the sky unleashes its fury throughout the weekend of Alice Matins' funeral, beginning with a midnight windstorm and concluding with an afternoon tornado. As a former English major, I loved seeing this plot device used continually throughout the novel in order to communicate the state of affairs: The worse the weather got, the worse the state of the Matins family became. It combined seamlessly with the novel's plot arc, and it strengthened the novel itself as it did so.

Despite this carefully structured narrative, Farris refuses any tidy endings, leaving readers with a message of the lasting regret imbued by words left unsaid and deeds left undone.

She also purposely fails to provide readers with clear answers, asking her audience to make an important and lasting judgment: What does forgiveness require you to mend, and what does it force you to let go?

"The Gravedigger's Guild" is available for purchase through Amazon, Barnes & Noble and other sources. Paperback copies cost $14.99, and digital copies cost $6.99.