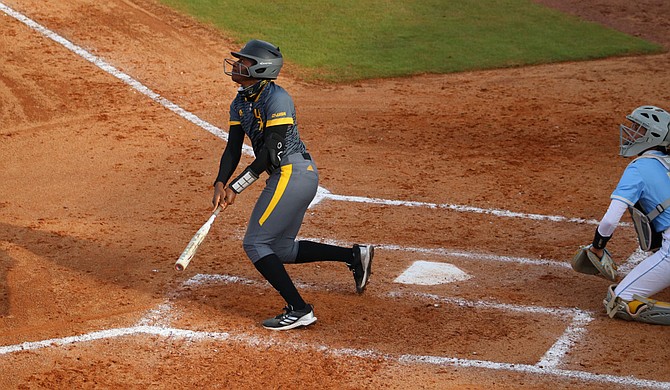 Men’s and women’s college basketball and college baseball all ended early last year because of the COVID-19 pandemic, and the sport wasn’t alone, as college softball also came to an early halt. Now, both sports are back, although their schedules have been impacted by the virus.

The University of Southern Mississippi took part in the Mercer Bears Classic that Mercer University hosted. The Tournament started on Friday, March 12, but USM didn’t play on the first day. Nevertheless, the Golden Eagles showed out on the next two days of the classic.

Southern Miss senior outfielder Destini Brown put on a show during the tournament, helping the Golden Eagles earn four consecutive victories over the last two days of the classic.

Brown during the four straight wins, led the team in batting average with a .533 average, on base percentage with a .611 percentage, slugging percentage and stolen bases. She hit three home runs, made three stolen bases and two triples, drove in five runs, and scored eight runs.

In the first game against Winthrop University, Brown led off with an in the park home run and hit a triple as USM took the 7-4 win. The senior went 3-for-4 at the plate with a triple and a stolen base in a 2-0 win over Western Carolina University.

The McComb, Miss., native started the second day by scoring a run in a second game against Western Carolina in a 2-0 victory. She enjoyed the first multiple home run game of her career against host Mercer as she recorded four RBI in a 7-1 rout.

Brown was named Conference USA Hitter of the Week for her outstanding performance—the first time Brown or any USM player took home the hitter of the week honor.

Brown is a perfect 16-for-16 in stolen bases this season and leads the team and Conference USA. She leads the conference in runs scored and walks, second in triples, fifth in home runs, and is ninth in strikeouts with 19.

The 16-9 Golden Eagles last game against the University of South Alabama on Wednesday, March 17, ended up cancelled due to weather. Southern Miss will next be in action against Samford University.

Southern Miss will host the first two of the three games on Saturday, March 20, in Hattiesburg, Miss. The third game will be hosted by Samford on Sunday, March 21, in Birmingham, Ala.