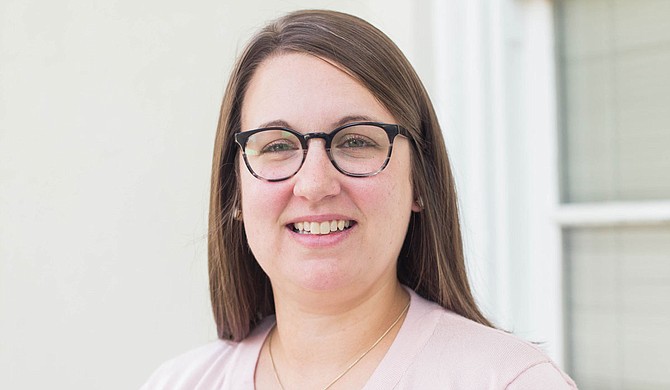 Department of Planning and Development Jordan Hillman told the Jackson City Council on March 16 that the demolition of Casa Grande Apartments at 3603 Terry Road will not proceed as planned. Photo courtesy City of Jackson

Casa Grande Apartments on 3603 Terry Road in Jackson may not be demolished as soon as expected, if at all, as an unnamed interested party reached out to Department of Planning and Development Director Jordan Hillman after the public announcement last week.

Hillman announced on March 8 that the City will open the bids for the demolition of the property on March 9 and present the winning bid to the Jackson City Council for demolition to start in April, but she told the council that the process had to be restarted by informing the newly emerged interested party.

"As I expected, when Casa Grande started making media presence, we were contacted by an owner who is going through the process to validate their interest and be confirmed through a confirmation lawsuit, which is what is used in complicated title situations, extreme cases of multiple foreclosures and tax-lien process," Hillman told the council.

"So that owner contacted me earlier last week, and that revealed that we had a (notification) problem. Once I'm aware of that owner, that means I at least have to stop and give notice to that owner."

Council President and Ward 6 Councilman Aaron Banks, who has been pushing for the demolition because the property is located in his ward, reacted unfavorably to the news of the delay, basing his stance on safety concerns and on the properties constituting an eyesore.

"I don't want (the people living around the property) to feel like they're being jerked around for another 60 days or for another 90 days, you know, and the property ended up staying there, and then we have another owner or somebody saying they're going to do something (and) they never deliver," he said. "Because this has been about five years now, and we've been in a lot of conversation. I talked to a developer two years (ago) that said the same bullcrap, and nothing never happened."

"Sixty days wouldn't be acceptable; something has to happen because they've been living with this, and the rats, the snakes (coming from the abandoned apartment), and all the other stuff have been affecting the people on the street all these times," Banks added.

Hillman said the new information revealed that the department had not notified all who have interests in the property as required by law and had no choice but to hold the process. She relayed that the interested party said that once they clear the title and close on the property in about 60 days, they will sell to a developer.

"I don't know how true or not true that may or may not be, but—in full transparency—I just wanted to update you that we're going to hold for at least 60 days," she said. "And we're going to do one of two things at the end of 60 days: We will either meet with the new property owner to discuss what and how quick they can get the property in a shape that (it) is no longer a nuisance, or we will go through the notice process again and proceed forward with our demolition by achieving proper notice under the state statute procedure."

She said a possible upside of the new property owners following through with planned development will be the city saving the $240,000 it has set aside for the demolition.

‘We are Going to Hold Them Accountable’

Mayor Chokwe A. Lumumba reiterated his commitment to have the abandoned property no longer be a nuisance. "We've been moving in every direction towards this, and we're going to hold the (property owner) accountable," he said. "What we're going to do is make sure that we hold the money for Casa Grande, in the event that this doesn't materialize in the way that the new owner has committed to it materializing and so we're prepared to move on."

Hillman said that it is important to hold the process to prevent a lawsuit. "We have to go through our notification proceedings again," she said. "When these properties are abandoned like this, the titles are extraordinarily complicated, and we do miss notifications. And when we're made aware of them, we have to take action on them."

Banks hinted that the problem over the years may have been that the owner moves the property to another person to prevent the demolition process from proceeding as it should. Interim City Attorney Monica Allen said that this has been happening in the city.

"And so what we've seen develop over the years as far back as 2007 that I have personal knowledge of is that these individual property owners, they switch. It's not necessarily that the notice was deficient as once you issue that notice to the one that's on the land role, then you have another one, they switch, And then you have a new one. And so we have to start the process per state statute over again."

"I understand, but we've been notifying them for five years and the first time, and I don't care how many times they switched LLCs (company name). At some point, somebody will be held accountable," Banks said.

The mayor said he is aware of the loophole (of switching LLCs) and said that passing landbank legislation is the long-term solution. "It is unfortunate. And I think that we have to strengthen and bolster our response in that we have to push forward this legislation because it is harming us all across the city in terms of being able to move quickly. When we see things that are a weight on our community, like blight, like, you know, all of the harm that that blight causes," he said.