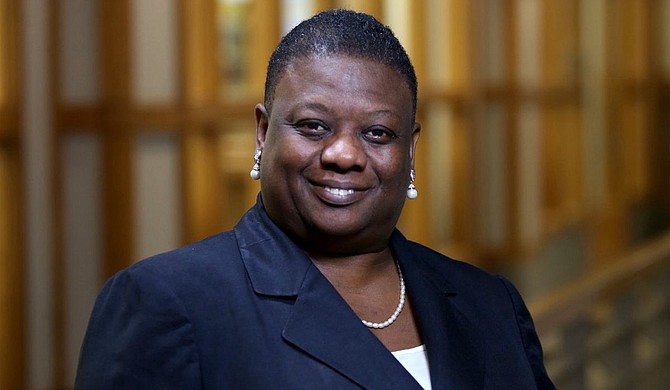 The National Society of Collegiate Scholars recently named Pamala Heard, director of Honors Student Services and Activities at Jackson State University, as the 2021 Laura Taddeucci Downs National Advisor of the Year in June. NSCS chose Heard from a pool of more than 300 NSVS advisors nationwide.

As director of Honors Student Services and Activities, Heard oversees student programs such as workshops, resume assistance, scholarships and internships, and study abroad programs. She also manages the NSCS Chapter at JSU.

The Laura Taddeucci Downs National Advisor of the Year program looks at local, regional and national advisor work that each NSCS chapter performs within its community and beyond. A key factor in Heard's nomination was the Bridging the Distance program, Heard told the Jackson Free Press. JSU, NSCS and the Alzheimer’s Association Mississippi Chapter partnered to establish the program during the COVID-19 pandemic as a means of allowing patients in nursing homes to communicate via video chat to family members who could not enter the facilities due to the pandemic.

Other JSU community projects for 2021 include virtualizing March to College, an outreach for Blackburn Middle School for which JSU students act as mentors and teach middle schoolers the benefits of a college education. JSU's NSCS students received the Platinum Award for their chapter for community and virtual service during the pandemic, one of the top ten chapters nationwide.

"I love having the opportunity to expose students to all the opportunities available to them in different areas, whatever their individual interests may be," Heard says. "Exposure is key to helping students make an informed decision on what they want to do in life. The most important thing is to be accessible and provide for the community and parents along with the students."

Heard was born in Wyatt, Mo., and graduated from Charleston High School in Charleston, Mo., before enrolling at Lincoln University in Jefferson City, Mo., where she received a bachelor's degree in mathematics in 1986. She later received a master's degree in mathematics education from JSU in 1988 and a doctorate in higher education from JSU in 2009.

"My father, Preston Heard Sr., was my seventh grade math teacher and gave me the encouragement and motivation to study it and make it my best subject," Heard says. "My parents were both educators who instilled into me the importance of helping others and providing them with opportunities early on. When I got the chance to serve as a substitute math teacher for a professor at Lincoln, it encouraged me to pursue education as my field."

Heard began working as an instructor in JSU's math department in 1988 and took a position as an assistant professor of mathematics at Langston University in Oklahoma in 1991. She was a Louis Stokes Fellow for the NASA Stennis Space Center from 2001 to 2003 and later became a data management specialist at JSU in 2004. She also served as director of JSU's NASA Educator Resource Center until 2013, when she took her current position as director of honor student services.

In addition to her work with JSU, Heard is a member of the Alzheimer's Association Mississippi Chapter and Longest Day and serves as engagement chair for the state of Mississippi.

Heard and her husband, Charles, have been married for 30 years and have three children, Xavier, Jamian and Bonnae.