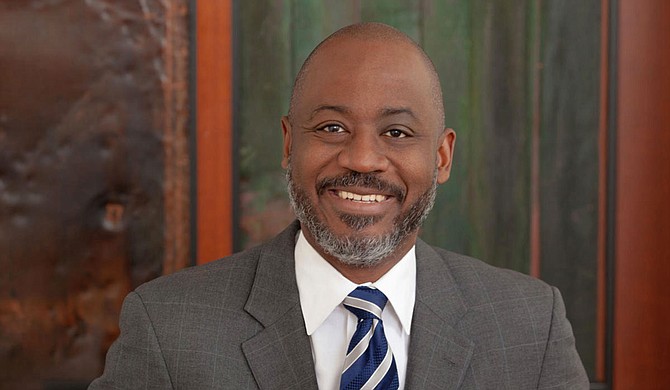 COVID-19 has hit Black-owned businesses in Jackson hard, but Otis Rolley III, senior vice president of The Rockefeller Foundation's U.S. Equity and Economic Opportunity Initiative, is eager to work with them for the long haul.

Between February and April 2020, 41% of Black-owned businesses in the U.S. closed because of the pandemic, almost twice the national percentage, which was 22%, the Federal Reserve Bank of New York reports. Photo by Tim Mossholder on Unsplash

Rolley has a master's degree in city planning from the Massachusetts Institute of Technology and joined the Rockefeller Foundation in 2019 after decades of urban economic-development experience in different cities. He told the Jackson Free Press he is delighted to work toward rectifying the city's race-based economic imbalance.

"Jackson is almost 80% African American, yet American Africans only have about 25% of the city's economy," Rolley said. "And so we want to be part of the solution and part of both of the policy change and the programmatic change to really try to steer dollars more towards those (disadvantaged) individuals."

PolicyLink and Program for Environmental and Regional Equity jointly released a paper in 2017 titled "An Equity Profile of Jackson," which concludes that the poverty rate for African Americans in the city is more than triple the rate for white people.

"Black residents of Jackson are more likely than White residents to be unemployed," the report said. "About 11 percent of African American adults between ages 25 to 64 are unemployed, compared with only four percent of the White population."

"African Americans in the city are more likely than Whites to be in poverty and working poverty," the report added. "More than one in three Blacks live below the federal poverty level compared with about one in every 10 Whites."

Rolley believes the lopsidedness along race lines should give people a pause. "That's not just morally wrong, but just any majority population having that little control would be wrong, whether it was 80% Italian, 80% of women, and it's not sustainable," he said in the interview.

The philanthropic organization instituted the 12-city funding initiative to open up capital and credit access to parts of business communities that have suffered historical discrimination.

"Data shows us that if investments are made in people of color, it benefits not just them and their families, but the communities, the cities, states and the country as a whole," Rolley said.

He cited a recent study released in September 2020 by Citigroup, titled "Closing the Racial Inequality Gaps: The Economic Cost of Black Inequality in the U.S." The study concluded that in the last 20 years, the racial gap between Black people and white people set the country's overall economy back by $16 trillion.

"Providing fair and equitable lending to Black entrepreneurs might have resulted in the creation of an additional $13 trillion in business revenue over the last 20 years," the study said. "This could have been used for investments in labor, technology, capital equipment, and structures, and 6.1 million jobs might have been created per year."

The Citigroup 104-page study indicated that though many laws are in the books to provide equality of access, centuries of slavery have left residual effects through today. "Black entrepreneurs suffer not from a lack of vision, but a lack of funding along every point in the investment cycle," it said. "Attitudes and policies undermining equal access are at the root of the racial gaps plaguing U.S. society."

The hindrance to Black entrepreneurs getting financing via traditional routes puts them at an added disadvantage.

"The reliance of Black founders on less lucrative forms of financing may reflect the difficulty in financing along the investment channel," the study explained. "According to the Fed(eral Reserve Bank), creditworthy Black-owned firms experience greater challenges raising capital than creditworthy white-owned firms. Even after controlling for firm characteristics and performance, the Fed finds that approval rates for Black-owned firms still remain lower."

The study discussed the racial wealth gap due to bias in venture capitalists' funding practices. Negative perceptions of Black applicants skew decisions against them, it said.

"Anecdotal assertions of bias include investors not trusting that Black entrepreneurs have viable and sustainable businesses, and/or lack an understanding of the product or customer Black founders are serving," Citigroup said.

The Rockefeller Foundation wants to address some of those financial imbalances through the ROC program by targeting Black-owned businesses.

"We're really talking about these businesses, contractors, operating businesses that are African American, women-owned entities that sadly (and) historically within the United States have just not necessarily had the access to capital or credit that they need to be successful, even when they have great credit rating," Rolley said.

"Even when they have the resume to show investment should be made, historic and structural racism has kept those dollars from going to these individuals."

The senior vice president said the plan is to counter historical devastation from racist imbalances by using the ROC program to help small businesses and entrepreneurs with technical assistance, direct grants, potential loans, and drawing in more private and public investments.

"They were applying and ready for this type of investment from the Rockefeller Foundation."

The focus is small businesses ranging from those owned and operated by an individual to those employing up to 200 people.

In a Dec. 15 press statement announcing ROC, The Rockefeller Foundation described the initiative as part of its ongoing effort to expand equity and economic opportunity for low-wage families and communities of color across the country because the ravages of COVID-19 pandemic have a deeper impact on them.

"The time to act is right now to address the inequities made worse by this virus and build a more equitable, sustainable future for our working families," Rockefeller Foundation President Rajiv J. Shah said of the rationale for the initiative. "The suffering that continues to grow in communities all across America, and the staggering loss of life and livelihoods, increasingly bleak choice of having to choose between putting food on the table and paying rent, and overwhelmed health systems is unacceptable."

Rockefeller's strategy is to use public and private-sector investment to promote more inclusive growth, both in the post-pandemic recovery and over the long term, the foundation stated.

"The ROC Funds are being allocated to a collective of government, business, faith-based and nonprofit partners over several years," it added. "The Foundation is investing in partners, projects, and programs with the core goal of eliminating barriers to access capital and credit among low-wage workers and small businesses operated by women, Black and Latinx owners."

Mayor Chokwe A. Lumumba said the capital city is poised to benefit from the initiative substantially. "The City of Jackson is honored and encouraged by joining the Rockefeller Foundation Opportunity Collective," he said in a statement about the program. "Access to capital has been a significant barrier for underrepresented entrepreneurs in the Jackson community, and Covid-19 has only exacerbated these challenges,"

"Many white businesses (are) able to access friends and family for some of that technical support, but because of historic, structural racism within the United States that kept people of color from having access to capital and credit, we don't have those kinds of networks and relationships and access to wealth that many of our white counterparts do," Rolley said.

The program will not involve The Rockefeller Foundation coming to the city to stand up an organization to manage the fund in a top-down approach. "It's not that our dollars go to one entity that decides where the money can best be spent, but it's in partnership through collaboration and communication and coordination with multiple players," Rolley said.

"In some of our other cities, we start off by doing a webinar where multiple players (are) on the call, and we talk about our theory of change, and open up opportunities for a different discussion in terms of where the grants can and should go."

According to the foundation, the addition of Jackson to the ROC program is against the backdrop of the findings that Black-owned businesses disproportionately suffer from pandemic-related closures.

In a release in August, the Federal Reserve Bank of New York stated that 41% of Black-owned firms closed down due to the pandemic against 17% white-owned between February and April 2020 and a national average of 22%.

"Negative or nonexistent credit information, cash constraints, and lack of availability of private capital and access to affordable financing are all components that limit a community's economic development," the report said. "These conditions also cause lost job opportunities, restrict housing options, and ultimately limit the goals of many low and middle-income families."

"An estimated 26.5 million U.S. adults are not in the formal credit economy. Federal data show that 15% of Black and Hispanic Americans are credit invisible (compared to just 8% of White and Asian Americans). In the U.S., Black and Hispanic businesses receive only 2.5% and 5.8% of funding through the Small Business Administration."

On how the program has been running in other cities after the June launch, Rolley said some of the partners include venture-capital funds; business incubators providing technical, marketing, finance and other forms of direct support to entrepreneurs. He said the foundation would be delighted to see a 10-fold increase in private capital moving to businesses owned by BIPOC—Black, Indigenous and people of color—entrepreneurs in Jackson as the program unfolds in the city.

Rolley said the organization felt that there are good partners in Jackson that align with their focus on the BIPOC population. The next step will include a Jackson-tailored action plan, mapping out the goals, and the timeframe for achieving them in concert with the city and in partnership with qualified government and quasi-government agencies, together with community and religious-based groups and other nonprofits.

"We think that there are a number of strong potential partners throughout Jackson," he said. "If there were not folks who are thinking about this, (thinking) of how do you increase access to capital and wealth for people of color, Jackson then would not have been selected."

"We have the intention to be staying in Jackson and 11 other cities for the long haul," he added. "So at the very least for the next three to five years, but pending internal approvals, we really are looking to do this work over the next 10 years. (I am) just really excited to add Jackson to the family."